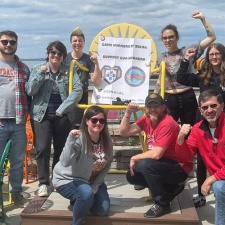 Raven is the studio behind games such as Call of Duty: Warzone and Wolfenstein. Its 22 QA employees all sent ballots to the National Labor Relations Board (NLRB) in April and those votes have since been tallied.

Of the 22 employees, 19 voted in favor of unionization.

Under the name Game Workers Alliance, Raven’s 22 employees now form a union. This follows Raven firing a number of contract workers after allegedly promising them full-time positions; workers have even moved for such positions.

More than 60 Raven employees went on strike after the layoffs, and multiple reports have since alleged that Raven and Activision Blizzard were trying to deter the formation of a union, which – according to the Washington Post – included an email to his staff stating “Please vote no”.

Activision argued in February that the studio as a whole should vote on unionization, but that was rejected by the NLRB. The company hired law firm WilmerHale to review its human resources policies last July following a separate staff walkout situation over sexual harassment.

All 22 QA workers are now recognized by the NLRB and can enter negotiations with Activision Blizzard. “Happy Union Day! We won ! » The Alliance of Game Workers tweeted.

The Activision Blizzard controversies continue, with New York City filing a lawsuit against Activision Blizzard earlier this month, saying its acquisition by Microsoft undervalues ​​the company and is a way for CEO Bobby Kotick to escape all responsibility.