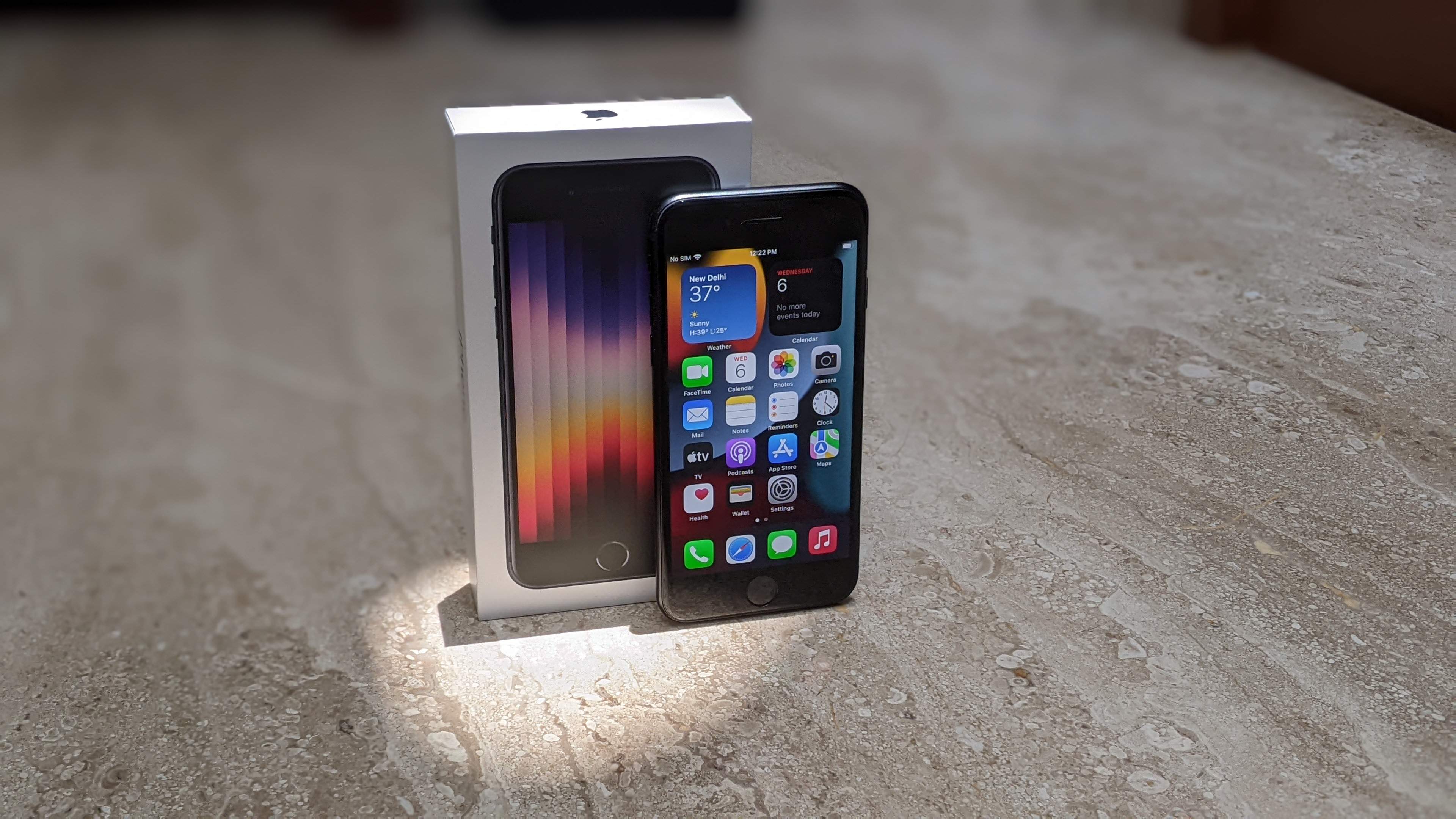 In 2020, Apple made a classic “new wine, old bottle” when it took, as I’ve described, the performance and software of the iPhone 11 series, and stuffed it into the well-worn body of iPhone 8 from 2017 to ship iPhone SE 2nd generation. Now, that phone was something special – even if it didn’t look like it. It offered a compact form factor and class-leading performance in an iPhone that surprises, surprises…didn’t burn a hole in your wallet. Fast forward two years to now, and you have an iPhone SE (2022, 3rd Gen), a phone where SE still stands for Special Edition… but it’s getting harder and harder to see what makes things so special with this one. Sure, it’s the most affordable way to buy a current-gen iPhone, but is there more to the iPhone SE than this low price (for an iPhone)? Who is it really for? Let’s look at all that and more in my full iPhone SE (2022) review.

The iPhone SE went on sale alongside the mid-cycle drop of the latest iPhone 13 in green, and the differences are as stark as a new Ferrari 488 parked right next to the Ferrari Monza SP2 – a modern design that packs a punch. all the power you’d expect from a top-of-the-line model, and one from an iconic, classic design…also packed into the same current power spec. While the new green iPhone 13 (starts Rs. 79,900 for 128GB) added another color on the phone we saw launched six months ago, the iPhone SE was launched in Midnight color variants, Starlight and (Product) Red at Rs. 43,900 rupees. 48,900 (128GB) and Rs. 58,900 (for the 256GB storage variant). For reference, the last of the non-Pro iPhones is the iPhone 13 mini, which starts at Rs. 69,900 (128GB). 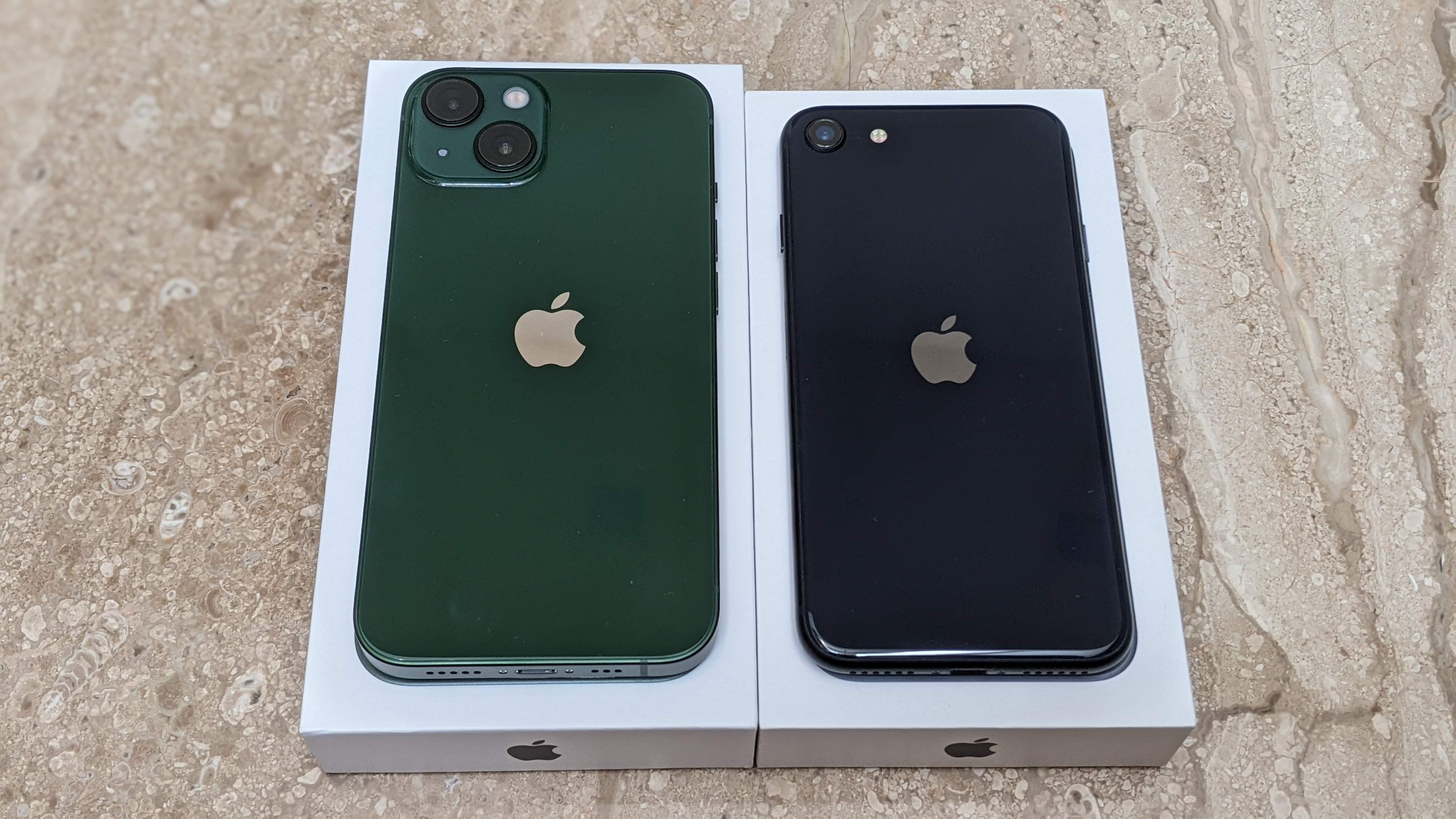 As phones advance, the iPhone 13 and the new iPhone SE (2022) look much more alike and share much of their DNA – Apple’s flagship mobile chip and 4GB of memory – than their very different exteriors would indicate this. The design of the iPhone SE is exactly the same as the 2020 version (except for a few minor color differences), right down to the placement of the buttons and the quaint 2022-standard Home button that doubles as Touch ID sensor. Considering this is a design we first saw in the iPhone 8 from 2017, chunky bezels and all, the iPhone SE looks and feels dated, all the more so considering how modern the internal hardware inside is. The flip side of literally belonging to another era of overall smaller phones is that if you’re primarily a fan of small and light phones, you won’t find a smaller phone (5.45 inches tall) or lighter (144 g) than this. It’s the phone to recommend for people unfamiliar with chunky phones with hard-to-reach navigation elements (one-handed, at least) and gesture-based user interfaces. Another holdover from that era – just 64GB of base storage. Sure, the build quality is as good as you’d expect from Apple…and yes, I know of the economies of scale and production, but it’s one of the best-built phones in its price range. . Not to mention, one of the few models to pack in IP67 water/dust resistance. Hygiene elements are all taken care of, even if this phone doesn’t look like something you’d expect to sell in 2022. 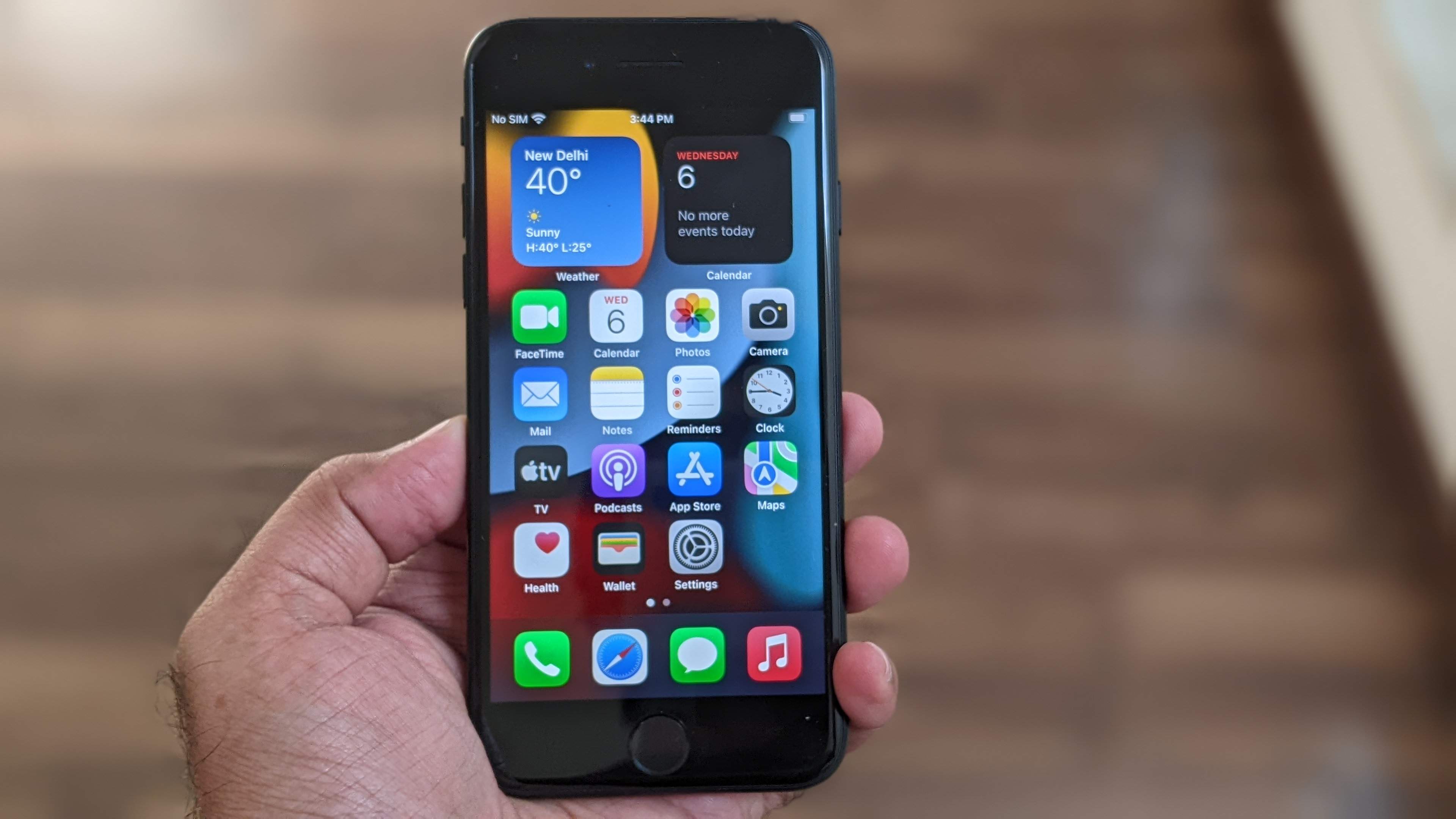 The diminutive form factor also means you get the same short 4.7-inch display that’s bright (with the DCI-P3 wide color gamut) but decidedly less crisp and vibrant than the competition – it still runs at the same resolution sub-full HD, 60Hz LCD (not OLED) which is clearly outclassed by its peers in the price segment. On-screen content feels a bit cramped whether you’re playing a game, using maps, typing a WhatsApp reply, or reading things on the web. It’s nice to be able to use the phone with one hand, and the Touch ID sensor is quick and reliable like never before in this age of goggles, but you have to wonder how appealing that convenience and form factor will be.

While it looks identical on the surface, it’s on the inside where all the changes are, with Apple equipping the iPhone SE with the latest A15 Bionic chip. Using the latest chip on what is arguably Apple’s “budget” phone delivers blazing fast performance and fast response time, like the rest of the iPhone 13 lineup. iOS 15 runs super fast, as for games like Asphalt and COD, and for the average people it’s aimed at, day-to-day tasks will work fine, with the chip giving this phone the headroom that the future iOS will release in 3-5 years. will require. The new chip also upgrades the SE range to 5G, which is good considering how long this phone will last in people’s pockets. Battery life is somewhat improved with the more power efficient A15 chip and the phone managed to last a day of use (where the older model would give up in the early evening), but it’s also likely that the phone was taken much less for whiling away time due to the size of the screen. It’s no iPhone 13 in battery life, but it managed to crawl into full-day territory if you’re a moderate user. Well, at least you get wireless charging to drop it on the charger when you’re at your desk. 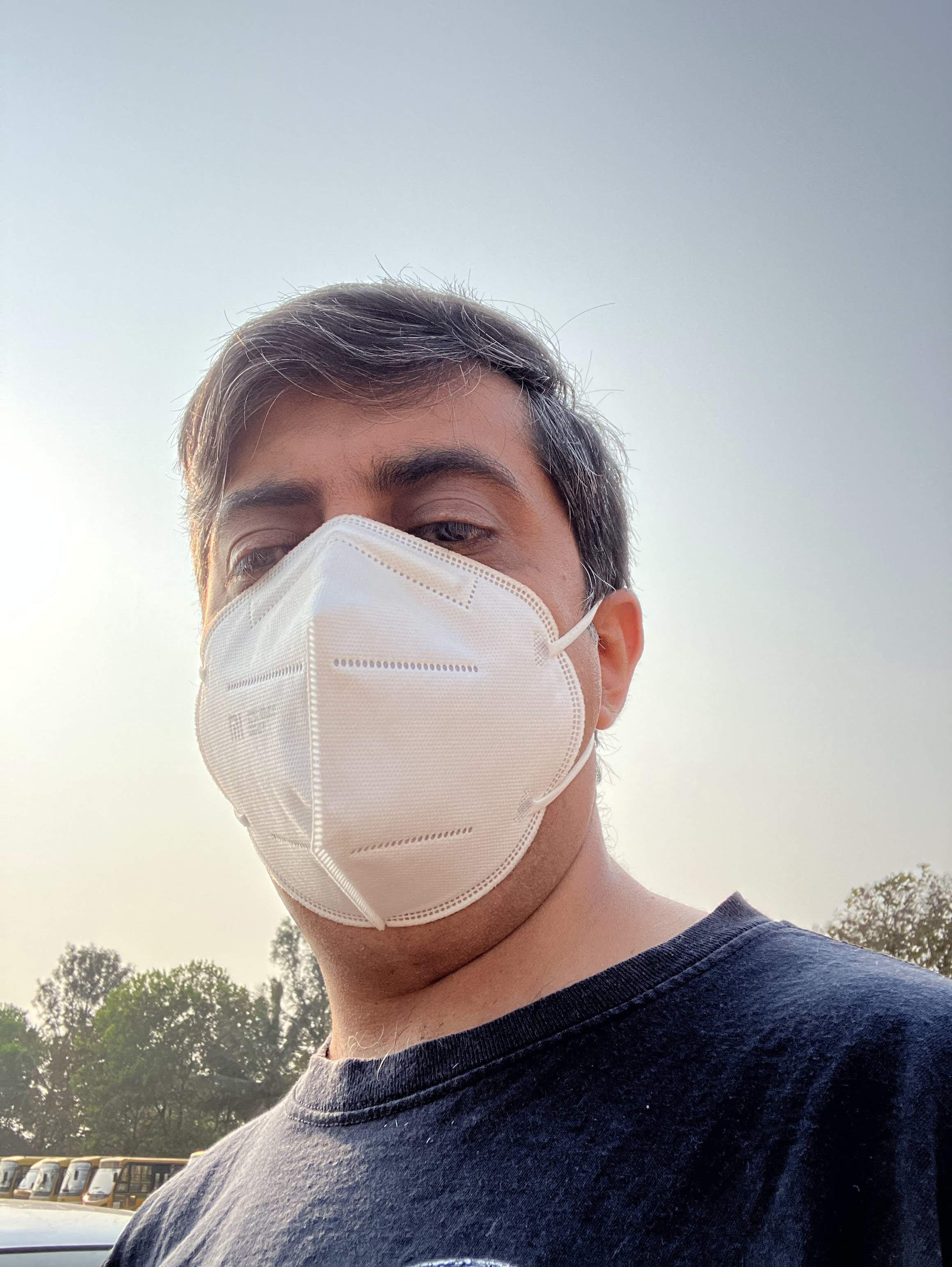 The main area the A15 benefits from is the camera, with the increased power delivering Deep Fusion “computational photography” (uses machine learning to stack multiple exposures to improve focus, color and contrast), Smart HDR4 and photographic styles, although there is no modifying the hardware itself. You don’t get the cinematic mode or night mode of the iPhone 13 series with the lone 12MP (f/1.8) camera, and I often found myself missing an extra wide-angle shooter for added versatility. Once you get used to the single 12-megapixel shooter, photos (and video quality in particular) are pretty good for the segment. Photos taken in daylight are well detailed and well exposed, with accurate colors. Since the phone doesn’t have a dedicated night mode, low-light shots are somewhat bright, but detail isn’t as good. 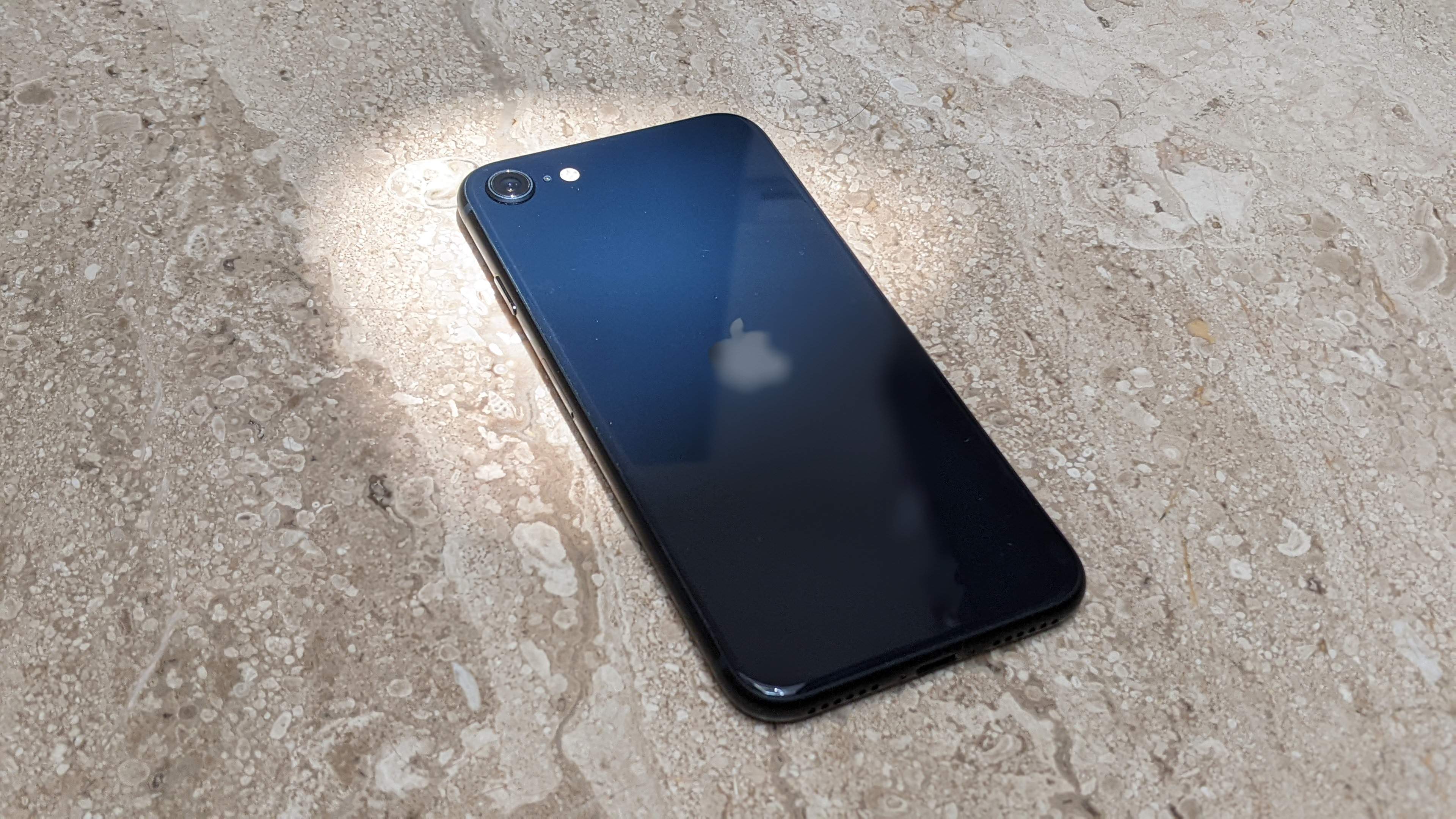 It’s let down by its small screen, single camera, and just about adequate battery, but the iPhone SE redeems itself with top performance, a practical (if dated) design, and modern conveniences like wireless charging and the IP index. It’s clearly targeting long-time users upgrading from an iPhone 8, for example, who don’t want to switch to the all-screen gesture UI design of the newer iPhones. Or someone who has a main phone and wants a budget iPhone to take advantage of Apple’s services… what I call being part of the blue bubble club. The problem is that at its India price, the iPhone SE is swimming in Android infested waters, and unless you fit the niche it’s intended for, an older iPhone 11, iPhone 12 mini, or iPhone XR may appeal more to people looking at a more modern iPhone.

Mum £45,000 out of pocket after boyfriend died in his sleep