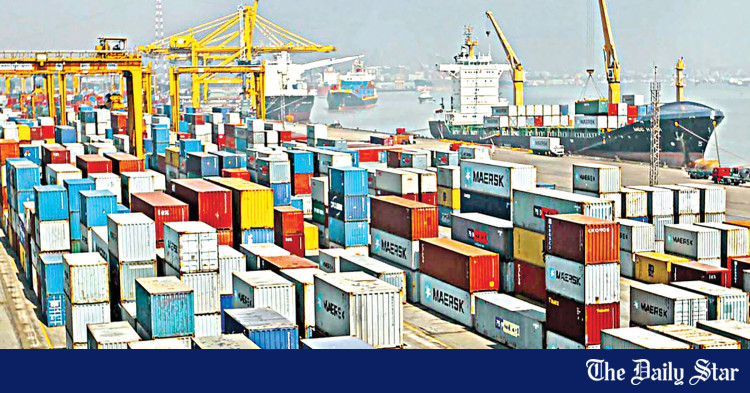 “Some exporters are taking advantage of government incentives by falsely showing exports, with the help of some customs and C&F agents. Investigations show that these products have not even entered the private ICD yards or the port.”

Between August 2018 and September 2020, Dhaka-based Mamun Enterprise raised over Tk 6.2 crore in incentives against agricultural exports.

Nothing wrong with that, because exporters in the agricultural sector are entitled to the government benefit which aims to stimulate the export of certain goods. The problem is that the company has not sent any of the 142 shipments for which it pocketed the incentive, a customs investigation has revealed.

For all the latest news, follow the Daily Star’s Google News channel.

Including Mamun Enterprise, at least 20 companies have claimed a 20% export incentive over the past five years, laundering huge sums through ghostly shipments of 965 shipments worth around $451.5 crore Tk.

Investigators assessed data from three of the seven local banks where these firms opened their LCs (letter of credit) and found that 17 of them pocketed Tk 33.5 crore in inducement.

Although these companies did not ship a single item, they received around Tk 182 crore against these shipments, according to bank documents.

Customs officials suspect that the amount of inducement thus pocketed would rise to Tk 90 crore once information from the other four banks becomes available.

Customs documents seen by The Daily Star give no indication that these banks were involved in the scam, but officials said they would not rule anything out at this stage.

As the investigation continues, customs authorities uncovered the fraud after reviewing documents for some 4,000 shipments against which cash inducements were claimed between May 2017 and January this year.

All of the non-existent 965 shipments were found to be agricultural products or processed foods such as potato, sesame seeds, chili pepper, turmeric, tomato, coriander curry powder and biryani masala. Exporters of these items are eligible for a cash incentive of 20% on the value of exports.

Investigators say the ghostly exports were revealed by a breach of the NBR server by an unholy alliance of exporters and their agents as well as some customs officials.

The NBR server is maintained by its IT department, which issues and manages the identifiers of all customs agents to access the automated customs data system (ASYCUDA). It is an integrated customs management system for international trade and transport operations of import, export and transit procedures. With a valid username and password, the system is accessible from anywhere in the country.

Among the companies, Mamun Enterprise and Miazi Food Product Ltd, both owned by Elias Mamun Miazi, exported 205 shipments worth around Tk 99 crore. They took in Tk 7.61 crore in inducement, according to data collected from three of the seven banks.

Shipping documents show that Mamun Enterprise is located at the Shatabdi Center on the Inner Circular Road in the capital’s Fakirapool. On March 20, The Daily Star found another business establishment there named Janani Enterprise. A caretaker who had worked there for four years said there had never been a company named Mamun Enterprise at the center.

Miazi Food Products Ltd, the other business owned by Mamun Miazi, was found at its official address, but on a different floor.

When asked about ghostly exports, Mamun said he had no idea how some of their shipments were shown as “shipped” on the NBR server.

“We only received Tk 7-8 crore in incentive and some of them were against legal bills,” he said, and declined to comment on Mamun Enterprise’s fake address.

Contacted, the president of Doe Empex Ltd, Zia Hayder Mithu, first asked this correspondent to call him later, but he did not pick up afterwards.

“Even though the goods were not exported, several million taka entered the country, which plays an important role in increasing foreign exchange reserves,” he said.

This report was just the tip of the iceberg.

Five months later, in February this year, Chattogram Customs Commissioner Mohammad Fakhrul Alam sent a letter to the Chairman of the NBR detailing the massive scam.

“Some exporters are taking advantage of government incentives by falsely showing exports, with the help of some customs officers and C&F [clearing and forwarding] officers. Surveys show that these products did not even enter the private CIM [inland container depots] the yards or the port,” the letter read.

The letter also called on the central bank and the Department of Commerce to initiate criminal and money laundering charges against the scammers.

Customs had attached a detailed list of 872 false shipments from 18 exporters to the letter.

At least 93 phantom shipments from three other exporters have since been identified, and officials expect that number to rise as a separate investigation is underway.

Such falsification by misrepresentation mainly occurs in the case of products whose export earns 20% incentives, Fakhrul Alam said.

Imports and exports of those identified companies as well as the licenses of C&F agents have since been suspended, he added.

NBR authorities have also suspended incentive payments to one of the identified fraudsters and are considering legal action against them, said Hossain Ahmed, a member of the NBR who handles the export, bond and bond sections. and computing.

“We will prosecute them for money laundering for smuggling dollars into the country,” he said.

These non-existent exports were possible simply by modifying the status of the shipments on the NBR server. This was done using the logins and passwords of customs officials, investigators found.

In accordance with the rules, exporters, through their designated C&F agent, first create an export invoice on the NBR server. The exporters then transport the shipment to the ICDs at the port for customs inspection, before it is sent to the port.

Port authorities then clear the shipments for shipment to the designated vessel. Exporters then submit the “shipping on board” certificate and other documents to the ICD manager to change the status of the shipment from “yellow” to “green” on the server, which means that the goods have left for the destination.

For fake exports, however, the gangs simply created an export file on the server using authorized logins and passwords. In some cases they prepared false documents, and in other cases no documents at all, investigators said.

The customs authorities have not yet identified the identity documents used.

The Daily Star randomly reviewed 84 documents and found that eight pieces of ID had been used to change the shipment’s status from “yellow” to “green”.

Changing the status of export goods is easier as they go through a one-step customs inspection as opposed to the four-step inspection for imported goods, officials said.

Abul Kashem, deputy commissioner of the House of Customs, said the export process should be made more rigorous, with three to four phases of inspections.

“Currently, the export invoice is submitted on the server by the exporter’s C&F agent. The export process is deemed complete upon receipt of the copies from the depot and port officials, without requiring any confirmation on the server,” he added.

HOW DID THE EXPORT COME ON?

To apply for incentives from Bangladesh Bank, exporters are required to submit export information to the NBR server along with an acknowledgment letter, confirming receipt of export proceeds by the lien bank.

The central bank pays the incentive after an internal audit of the exporter’s bank.

Sources in banks, C&F agents and export companies said that in cases of fake exports, exporters and their C&F agents often use a front office in “importing” countries. These counters sometimes collect funds from Bangladeshi migrant workers living in these countries to send them home, offering them higher cash incentives than those given by the government.

Posing as buyers, they then send the money through the exporter’s bank, presenting it as an export product.

“The money they send is actually remittances from Bangladeshi expatriates,” said one source, echoed by two other sources.

In the case of the fake exports identified, the destinations were Malaysia, the United Arab Emirates, Singapore and Saudi Arabia – countries where millions of Bangladeshi migrants live.

When questioned, the commissioner of customs said he did not know how the export proceeds entered the country. “This needs a thorough investigation. We have asked NBR and Bangladesh Bank to investigate.”

Md Serajul Islam, executive director and spokesperson of Bangladesh Bank, said a BB team was visiting the office of the exporting company for verification before disbursing incentives.

“There is no possibility of using inducements by showing false exports. There are possibilities to investigate how the money entered the country without exporting goods. The law also contains provisions for take action against the relevant bank and auditing firm for their involvement in any unlawful payment,” he said.

A powerhouse in your pocket – Review Geek