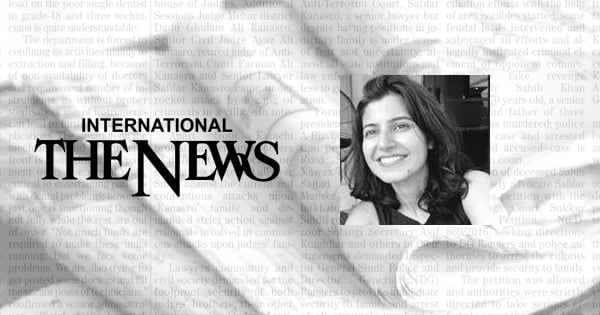 Autonomy on an empty pocket

The author (she) holds a doctorate in education.

The dream of free, quality higher education is an ideal that few countries have been able to achieve. Among them are Germany, Iceland, Finland, Norway, Sweden, France, Austria, Denmark, Luxembourg and the Czech Republic – mostly affluent Western European countries.

Pakistan is a country of 230 million people, much larger than any of the countries on this list. Although the country has only about 220 higher education institutions (HEIs), its low GDP means that most of them remain perpetually short of resources. Article 25A of Pakistan’s constitution states that education is a right for all citizens, but this right only extends up to the age of sixteen – meaning it does not include Higher Education.

Question: In a country like ours, where resources are limited and allocating them to one priority is like snatching them away from another, to what extent should higher education (if at all) be subsidized by the state? ? Should the resources we have be spent on improving quality or improving access? Have we calculated the ROI for different universities and programs?

These challenges are not unique to Pakistan. The cost of higher education has increased worldwide. The Great Recession of 2008 dealt a blow to the budgets of HEIs around the world, especially those financed in whole or in part by public funds. The slowdown in the global economy due to Covid-19 in 2020 and 2021 was another blow. Universities around the world are grappling with similar realities.

A few weeks ago, I had the opportunity to attend a series of meetings with students, professors and university presidents from a particular province. The questions asked to the participants went in the same direction: “Tell us, what are your problems? Students and professors were able to provide a list of concrete questions widely supported by the participants. I was particularly impressed by the eloquence of several students and some reasonable proposals for their resolution.

The session with the VCs was duller. They had only one thing to say: we are autonomous, and we are able to solve our problems ourselves, it is enough to give us funds. Can a university be truly autonomous if it depends entirely on public funds for its survival?

The shortage of funds these universities are facing is not unique to Pakistan – it is a global challenge right now. What is different is how universities around the world are taking up this challenge compared to our national universities.

The argument for at least subsidizing or making higher education free is that it is a public good; educated citizens will be more productive and benefit their communities and ultimately the country. This is a valid argument, but only if universities can demonstrate that the education they provide has the desired effect. How many universities in Pakistan publish meaningful statistics about their programs, such as graduate employment rates after six months/one year?

It can be as simple as a single chart (see University of Toronto as an example here: https://data.utoronto.ca/graduation-employment-and-government-loan-default-rates-2018/). In the United States, the Department of Education requires all universities to report the average annual cost of attendance, median earnings after graduation (disaggregated by programs), percentage of students returning after their first year, etc and publishes these statistics (see: https://collegescorecard.ed.gov/).

Simply put, if universities want to claim to provide education for the greater public good and (in the case of private HEIs) justify higher tuition fees, they must justify it by declaring the rate of return of their programs. In another op-ed on these pages a few weeks ago (“Not Skilled for Work”, March 7, 2022), I had dissected data from 400,000 applicants to 240 (mostly vocational) training programs made available under of the Kamyab Jawan program. A remarkable observation was that 28%, or 106,198, of the applications came from individuals with bachelor’s/bachelor’s, master’s/master’s or doctoral degrees, including many from the country’s flagship public universities. These figures cast doubt on the claims of many universities that they offer relevant programs that are an equalizing force.

It is clear that some universities offer a better rate of return on investment in a college education than others (whether made by students in the form of tuition fees or by the state in the form of grants). This provides an argument for linking public funding to performance, so that money is spent where it does the most good. If a program offers a good rate of return, it is not unreasonable to ask students to bear a greater share of the costs. Some grants may still be awarded based on need and/or merit. If a program’s rate of return is low, higher education market forces will eventually drive it out.

The argument that universities offer something technical and vocational programs cannot (the ability to think and learn independently throughout life) is weak in our context. This suggests that even an associate’s degree or strong, revamped vocational programs are somehow inherently incapable of broadening students’ horizons and imparting life skills. If it is the benchmark for a university program, most universities fail at it, and they and HEC recognize it.

How can universities become less dependent on public funding in a tight fiscal environment?

Universities around the world maintain endowment funds that are invested to create additional revenue streams to be spent on student welfare and university management. These university endowments are often supported by philanthropic donations, leveraging corporate social responsibility programs in the private sector and the institution’s alumni network.

Nowadays, universities also generate funds through better use of their resources. Many universities do this by renting or leasing their properties or providing services with the facilities they have.

The essential function of universities is to provide education. Many older institutions in particular have assumed responsibility for many non-essential functions such as transportation, boarding, and food, adding to their staffing and pension burden. Functions that are not mission-critical but whose subsidy adds to the financial burden should be outsourced or left to the private sector.

Another approach is to cut the fat by combining, streamlining, or entirely closing departments and programs that see low demand or deliver low performance.

Instead of looking at any of these options, universities are cutting costs in the last place they should. They hire faculty for short-term one-semester contracts, which is usually a stopgap measure. As a result, the quality of education suffers and has reduced universities to little more than glorified schools.

Universities are incentivized to increase their enrollment numbers to get a bigger slice of the public funding pie. Several universities have launched new programs, but often without recruiting permanent professors with a doctorate, as required by HEC, for the program to be accredited. Masters students at one university I spoke to found out only after graduation that their program was not HEC-approved and therefore they could not graduate. All the while, the university was happy to continue collecting tuition for years.

Meanwhile, we learn today that one of the IMF’s conditions for resuming its program with Pakistan is a reduction of 100 billion rupees (down to 600 billion rupees) from its sector development program (PSDP) until the end of the current fiscal year. This is in addition to the 25% reduction already imposed on the PSDP by the PTI government upon its exit. This will result in a decrease in the education allowance. This news comes on the same day that the new Minister of Planning, Dr Ahsan Iqbal, announced that the government would restore funding to HEC. How can you square this circle?

This is one more reason to impose a moratorium on the creation of new universities that lack business plans and sustainability. It will also mean an end to universities being handed out to lawmakers like lollipops. Two decades ago every MPA and MNA demanded schools, ten years ago they demanded cadet colleges, and now everyone wants a college in their hometown – regardless of where the money comes from. to make them work.

It’s important to have this difficult conversation about funding now because: first, it holds universities accountable; and second, it pushes us to think of alternative pathways for students to obtain an education that allows for upward mobility.

Conclusion: University VCs must recognize that they can no longer rely solely on public funds, regardless of what some headlines might promise today. Their demands for autonomy will ring hollow as long as their pockets are perpetually empty and they remain (entirely) dependent on external funds.

Meet the station master who finances cleanliness out of pocket