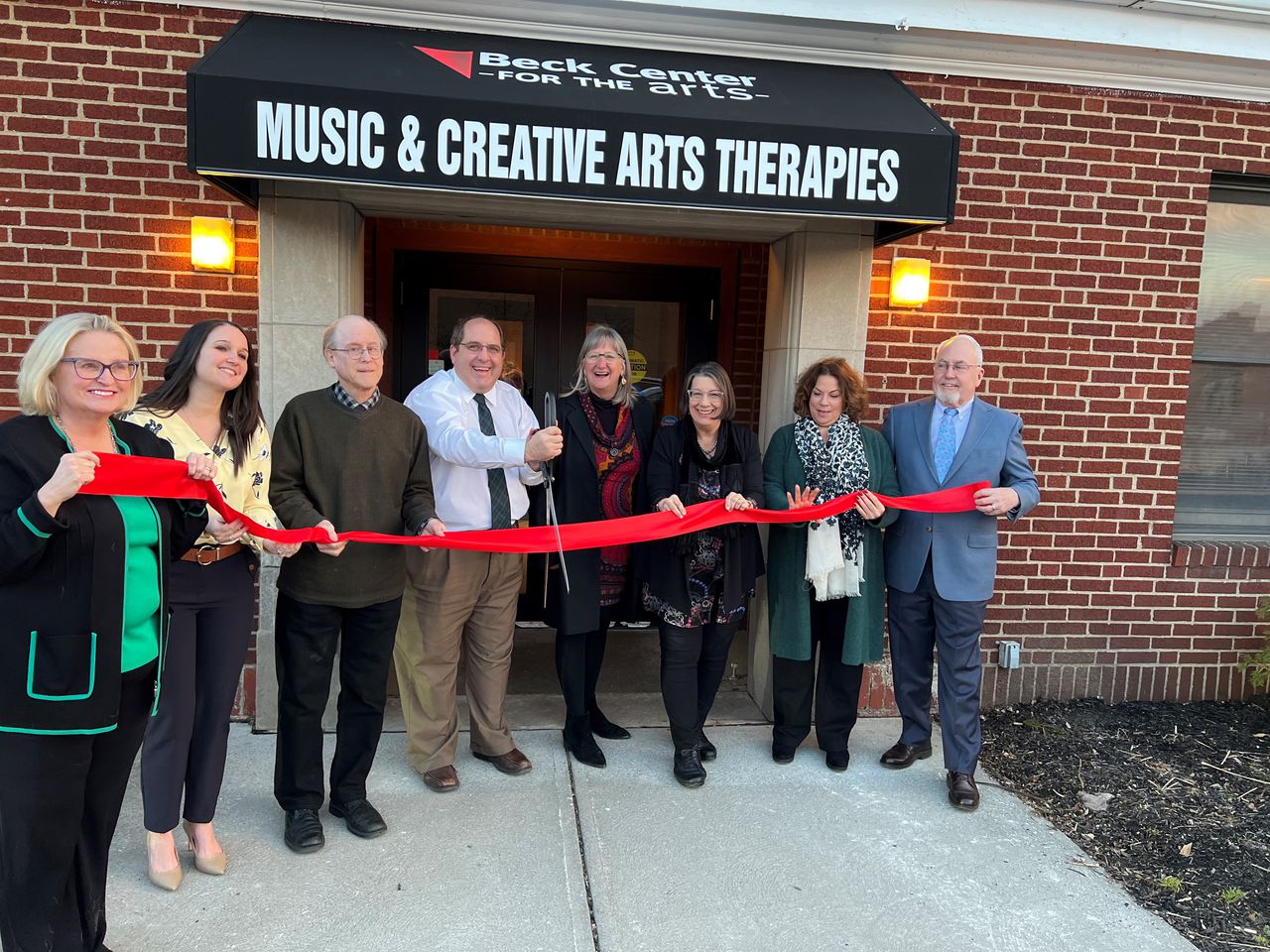 LAKEWOOD, Ohio — The March 10 ribbon-cutting ceremony for the Beck Center for the Arts unveiled the newly renovated Music Therapy and Creative Arts building on the Detroit Avenue campus in Lakewood.

“This is our most accessible performance space,” said Lucinda Einhouse, President and CEO of The Beck Center. “The recital hall, which is located in the Music and Creative Arts Center, offers flexible seating. In addition to musical recitals, we do sensory dance performances.

“These are performances for people who have sensory challenges, people with autism, people with developmental disabilities who need a special light and sound sensitive experience. We’ve had these performances in this building before, but now the Recital Hall is a more welcoming and inviting space for both patrons and performers.

The Music & Creative Arts Therapies Building project is the second phase of the Beck Centers renovation project made possible by over $5.3 million raised from the community towards a fundraising goal of $6.7 million .

The first phase completed included the renovation of the Fowler-Spellman Education Wing last year. While no timeline has been announced, the final part of raising a final $1.2 million is completing renovations to the Beck Center’s main building.

As part of the Beck Center’s strategic plan, launched in 2015, the project initially involved the renovation of the annex building located at the corner of Rockway and Detroit avenues.

“We thought about converting this into a dance teaching facility, but found that it wouldn’t really be an ideal space for our dance department,” Einhouse said. “That’s when we redesigned the whole project at that point and decided, instead, to demolish that building because it creates a kind of pinch point as people try to enter the front aisle.”

The cost-saving decision was made to consolidate dance, music, theater, visual arts and community outreach programs on the 3-acre campus into the two buildings.

This finds the Beck Center now targeting its annex building. The $500,000 project, which is expected to be completed this year, will include new landscaping and be Wi-Fi accessible.

“We will demolish the building and replace it with public park space,” Einhouse said. “It’s going to be about a 7,000 square foot pocket park.

“We will have places for people to sit and a small stage for them to perform. Also, we’ll have to see what we can do with public art, maybe something interactive for kids.

Read more news from the messenger of the sun here.