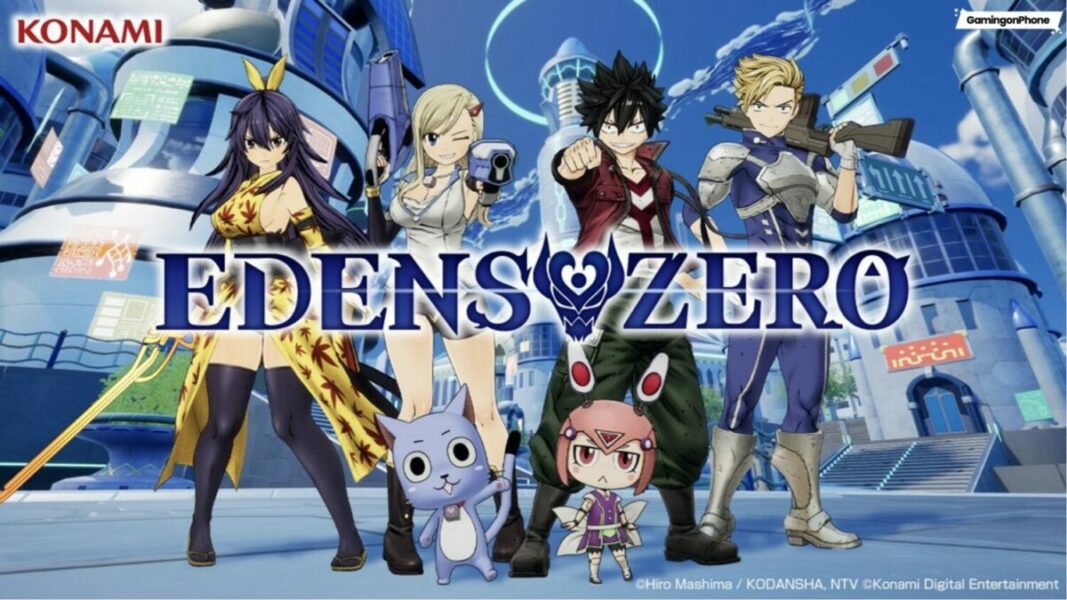 Pocket galaxy EDENS ZERO is a Roleplay game published by KONAMI. This game is based on the shounen anime/manga series EDENS ZERO. For an RPG game, this the game does not use the gacha system to get your characters, so for you who get mad at the gacha system because you can’t get the character you want, you can feel comfortable in this game. Here in this EDENS ZERO Pocket Galaxy Beginners Guide , we will tell you how to play the game and show you easier tricks to get a higher score.

The gameplay of this game is interesting and easy to learn. This game uses analog type control to move the character and also to fight the enemy. To attack the enemy, you just need to move close to the enemy and press this attack button, you can also use the character skill to attack, don’t worry about aiming, this game has ‘s automatic aiming system, so you will be able to easily hit your enemy.

You can also create your own skill combo. Once you have learned new skills, you can modify and arrange your combo attack in the skill option. You can also choose which character will be your main character by tapping on the character image on the right side of your screen.

2. Use Appropriate Equipment On Your Characters

Just like other RPG games which depend on character or hero gear to boost power, EDENS ZERO Pocket Galaxy is no different from it. In order to make your character stronger, you need to give him equipment.

To do this, you will need to follow these simple steps:

Using gear alone is not enough, at some point you will feel like your character is too weak to defeat the boss in a boss battle, so you need to optimize it. You just need to click on the optimize button and select the aspect you want to optimize according to the equipment you are using.

Each character in the game has their own skills. You will need these skills to fight the enemy and to organize your own attack combos. You can unlock the skills you need in the skill tree. You will need Skill Points (SP) to unlock skills. Don’t worry, getting the SP isn’t difficult, you can get them by completing quests.

To further strengthen the equipment, you need to upgrade it.

To do this, you need to follow simple steps:

But to do this you will need materials for the upgrade, but don’t worry, getting these materials is easy, you just need to clear the tasks and quests, you will get the materials as a reward for clearing them .

This is good news for you who love to dress up your character in the game, EDENS ZERO Pocket Galaxy has a feature where you can change your character’s outfits. To do this, you will have to access the edit option and choose the change appearance.

You can get your outfits the same way you get your gear because your outfit is basically your gear in the game. In the edit option you can also edit the people in your party.

Edens Zero Pocket Galaxy is a fun game that is really easy to learn. A beginner player will find no difficulty in playing this game for the first time. The game is full of cutscenes that are really enjoyable to watch. This game is suitable for people who don’t like games with a gacha system inside because you will automatically get your characters with the story.

Should I give pocket money to my children and if so how much?