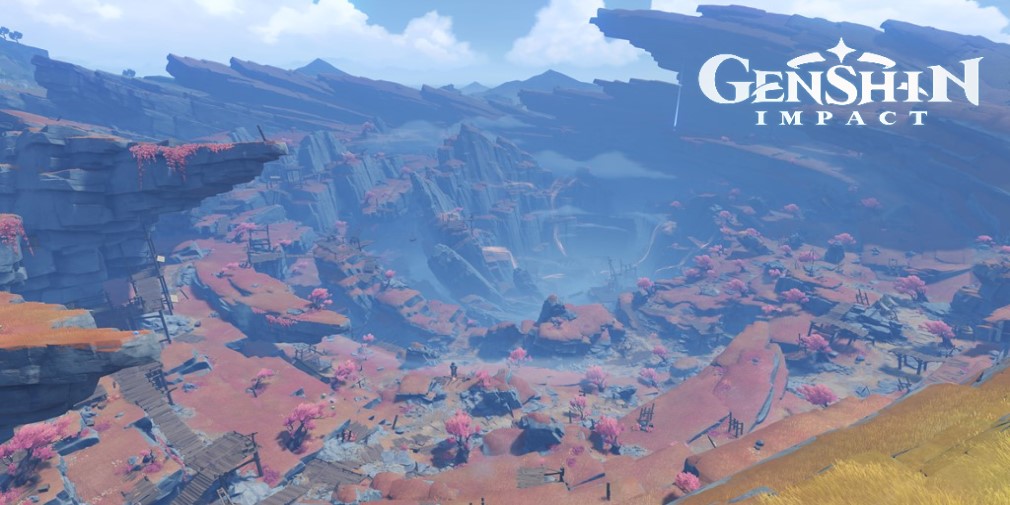 The next Genshin Impact – Zephyr of the Violet Garden version 2.6 update is upon us. It will go live next week on March 30 and will bring a new playable area located just west of Liyue – The Chasm. The mysterious mining ground used to be one of the main sources of ore in Liyue, but it is now plagued by monsters.

The sinkhole is a magnificent geological structure with towering mountains and bottomless pits. Everything in this area is quite special and that’s what scared away all the workers. As the work was not finished, the mines are dotted with many cranes and Sputrocks to help reach the heights. Scattered throughout the region, cage-like rock formations can be struck to destroy bedrock keys left behind by the Liyue Qixing. Breaking them will remove all surrounding magic, allowing entry into the chasm.

The Surreptitious Seven-Star Seal Sundering quest will unlock the underground mines of the Chasm of Completion. All this terrain is dangerous and the lack of light makes the crossing even more difficult. To help players, a new gadget called Lumenstone Adjuvant has been introduced. As long as it has energy, it will light the way forward. The device can be replenished at special points or by being near a glowing Seelie. Adventurers should beware of the dark mud in this region, which will deplete both HP and mobility.

This darkness will provide monsters with extra energy and must be cleared to weaken them quickly. The sinkhole has a variety of unique wildlife such as Hydro Floating Mushrooms, Bluethunder Weasels, Lucklight Flies, and more. There are bigger enemies waiting for players. Expect to encounter the Black Serpent Knight: Windcutter, the court guard and a powerful warrior who will gain buffs by targeting shielded enemies, while losing health.

At the end of it all, awaits the Ruin Serpent, an ancient machine. Don’t be fooled by his age as he is extremely powerful and can create oozing concentrations to gain an energy boost and deal massive damage. These must be destroyed by the Lumenstone to knock out the machine and stop it working.

Excited about the update? So download Genshin Impact for free from the App Store and Google Play.