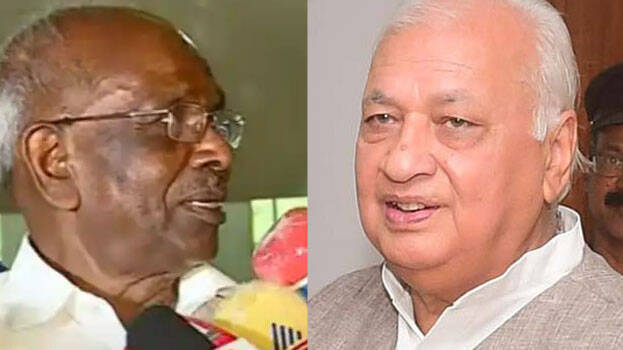 “The governor is in politics. Haven’t you heard him say lately why politicians are in cabinet? Who doesn’t have politics in this country. The current governor has changed his affiliation five times, no one or two. He is now the governor with the BJP. Then he says politicians should not be in the governor’s office. Is there anyone in this community who is not a politician? I think he just says stupid things.

People like Surendran belong in the Raj Bhavan. He is seeking to become governor again once his current term expires. Governor is not a headache for the government, but for the state. Is the pension of ministers’ personal staff paid out of pocket or out of the public treasury? Aren’t there people affiliated with BJP and RSS in the Prime Minister’s office? All their salaries are paid by the public treasury. Who pays expenses to Raj Bhavan. It is his responsibility to sign the political address. In my opinion, not signing is a cheap political game.

He is in a position that effective people have held in the past. The last governor was a chief justice. He worked decently. The current governor is playing cheap politics.”