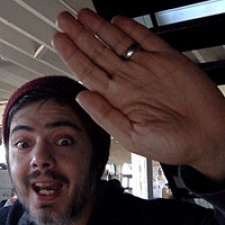 Browser game and now blockchain company Kongregate has announced the Bitverse, a collection of Web3 games that will soon launch in an 8-bit universe.

Building on nostalgia with its art style, the Bitverse will initially consist of three games: the MMORPG Bit Heroes, the battle royale shooter Bit Heroes Arena, and a currently undisclosed title.

Each game in the Bitverse will feature unique game mechanics and gameplay while featuring in the same metaverse and using a combination of fungible and non-fungible tokens. A user’s unique avatar will itself be a playable NFT across all titles, with the first set slated to go on presale in the second quarter of this year.

“Imagine a world where players no longer lose their uniqueness or digital identity when they want to switch between games. Instead, players have a larger universe of games to explore that take advantage of progress, time and experience they have accumulated playing their favorite game,” said Max Murphy, CTO of Kongregate.

This new metaverse was originally inspired by one of the games that will feature there: Bit Heroes. The 2016 title already has a retro flair, and the developer expects its pre-established lore to help tackle any game genre in the Bitverse.

“The Bitverse’s long-term goal is to create a metaverse of cross-platform games united by blockchain, with an NFT ‘hero’ that players can use in every game,” said Jorge G. Ezquerra, Kongregate Senior Product Manager. . .

“With the retro vibes of Bit Heroes, our intention is to create a sense of nostalgia by returning to what Kongregate does best – bringing together a community of gamers and developers to create games with each other.”

We recently spoke with Susan Cummings, CEO of Tiny Rebel Games’ Petaverse Network, to find out if Nintendogs is the ideal model for on-chain games.

Kongregate also recently unveiled its upcoming blockchain game Blood Vessels, which will launch through a partnership with Immutable X and will feature playable vampire NFTs.

Third Annual “Poem in Your Pocket” Virtual Event at the Library