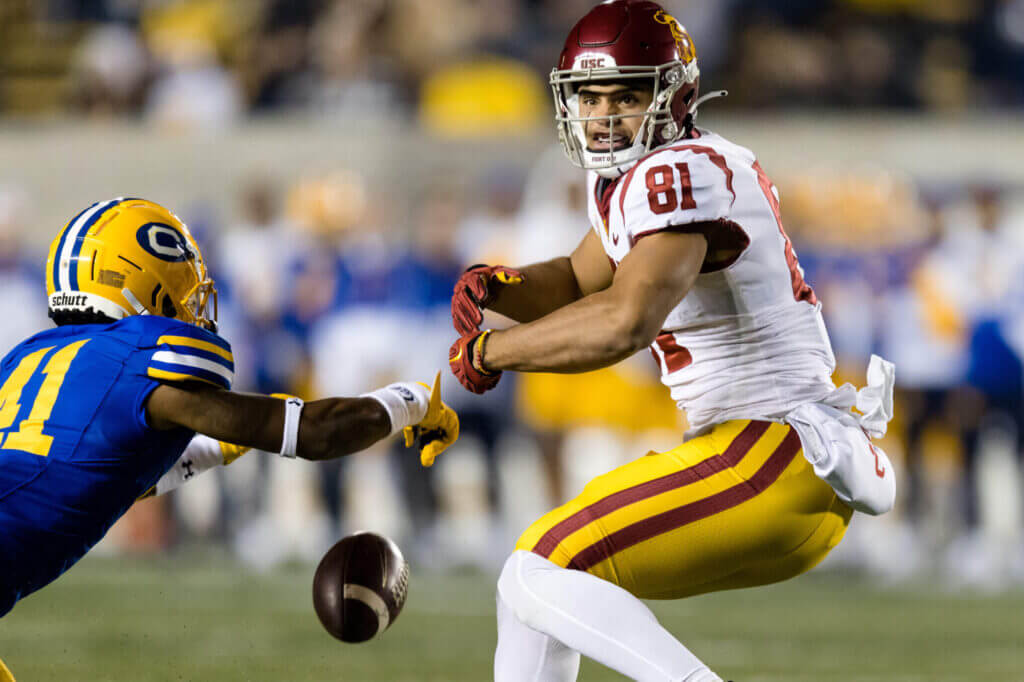 LOS ANGELES — Kyle Ford wasn’t sure what to expect from his first conversation with USC head coach Lincoln Riley earlier this offseason. He thinks this is one of the first times he’s been nervous walking into a coach’s office.

“It was definitely a weight off my shoulders,” Ford said. “They liked a lot of things I did last season. They came to practice at the end of the season and I felt I had some of my best practices that week so I made a good display for them they liked what they saw and it felt good to have someone like, ‘We trust you and we’re thrilled for you.’

USC brought in a lot of new faces this offseason, especially in its receiving squad. Ford sometimes has to take a step back and assess where this transition left it. “I’m like, ‘I’m the oldest guy in this room,'” Ford said. “It’s crazy that of everyone I’ve been here with, I’m one of the last ones left.”

At one point in the 2019 recruiting cycle, Ford was considered a five-star prospect (he finished four stars in the 247Sports Composite), and he was The Opening’s MVP in the summer of 2018. He is arrived at USC with a receiving class that included Drake London, who will be a first-round pick later this month, Bru McCoy, who is looking for a new school, and