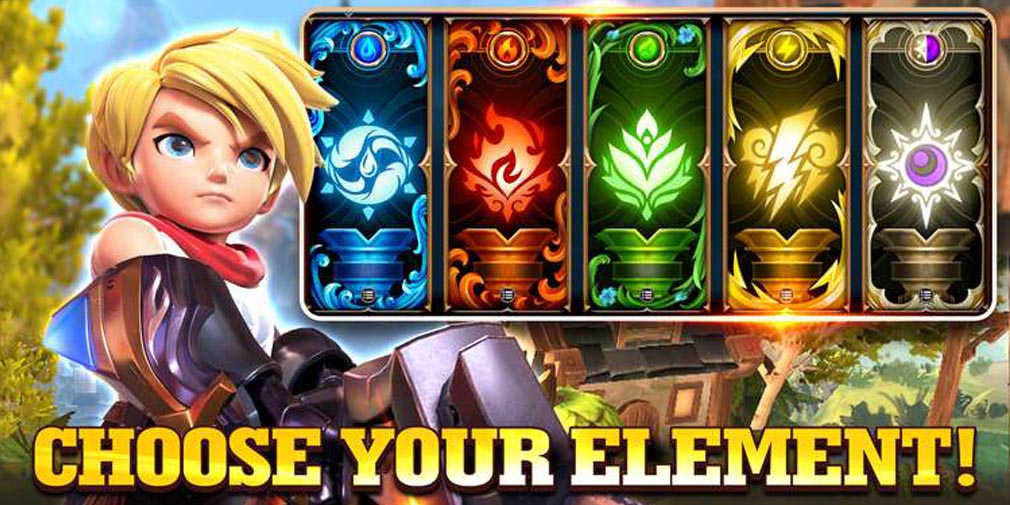 All9Fun released its 3D idle arena RPG – Elemental Titans just over three months ago on Android. Since then, it has been very well received with excellent reviews and a high ranking among the best games recommended by Google Play. Elemental Titans also celebrated its 100th day since its launch recently and today the developers are releasing a brand new system called Animon.

In the latest Elemental Arena update, players will finally be able to access the long-awaited Animon system that brings new content and challenges to the game. It is basically a pet system that will integrate with the mechanics hero summoning, cross-server PvP, and guild buildings. Players will be able to get their own Animons which they will feed so they can aid them in battle and use powerful skills.

There are a bunch of Animons to choose from. They all have exotic looks and unique character designs, but one thing is common: they’re super adorable. Players can get their hands on paranoid mons, alien bunnies, firestorm maker – Phoenix surrounded by flames, and many more. Crafting these cute creatures is possible by collecting Animon Fragments or hatching them from Animon Nests.

The best part is that there is also no limit to the number of Animons a single player can have. There is a whole list of them and it is possible to own each of them. All of them can be bred together to exhibit different characteristics to put them to good use in battle. Additionally, collecting more is crucial for upgrading Spirit Cores. This will help make hero teams more powerful. Also, inserting Atrigems into Animons is a highly recommended move.

Get your hands on these Animons by downloading Elemental Titans now for free at google play.

While you’re at it, why not check out this list of some of the best RPGs to play on mobile?

The newest and most exciting mobile games in soft launch. [UPDATE] | Pocket…