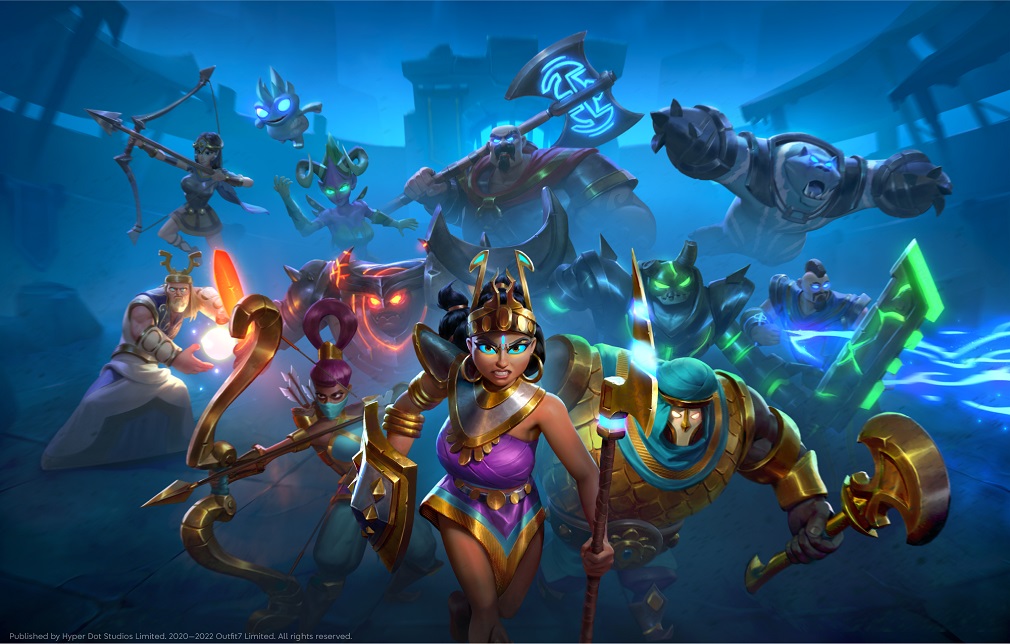 Mythic Legends Guide – 10 Tips and Tricks You Need to Know

Check your opponent’s team before the battle

Before entering battle, always make sure to check your opponent’s power rating (the value displayed next to the red fist under your opponent’s info box). This value indicates the overall power of their deployed team. So comparing it to your own power level (shown next to the green fist above your name) will give you an idea of ​​who has the advantage in battle.

This number does not in any way guarantee who will win. There are many strategic factors that these ratings cannot take into account, so you should always press your opponent’s info box and take a closer look at their formation.

Studying your opponents’ champions and their formation will tell you a lot about how they will fight and in turn will help you determine where their strengths and weaknesses lie.

Always be ready to adapt your team and your strategy

There are so many strategic variables at play in Mythic Legends that it rarely pays to stick with the same champions and build. This is why you should always check your opponent’s team before battle and adapt accordingly. If your opponent has undefended ranged units, for example, you should deploy Assassins (unless your opponent has melee units lined up against the back wall, in which case you absolutely shouldn’t). Experiment with different builds and combinations of champions, synergies, and artifacts to see what works best.

Protect your units from a distance

While it can be effective to deploy units made up of only melee fighters, most formations will include at least one ranged unit, and unless you’re deliberately using them as bait, it’s extremely important to defend them. You can position them behind melee units, preferably knights, to protect them (at least initially) from frontal assaults. You can also position your ranged units along the back wall, or even in the back corners of the Battle Board. This is especially effective when your opponent’s ranged units have a shorter range than yours.

It’s also wise to deploy a melee unit or two alongside or even behind your ranged units to protect against Assassins. Don’t leave space behind these melee units as the Assassins will use it for a deadly stab.

Synergies are the bonuses you get from deploying multiple champions of the same origin or class, and they can make a big difference in the outcome of the battle. Like everything else in Mythic Legends, how you use synergies will depend on your playstyle, so it’s worth experimenting with different combinations. However, generally a level 2 synergy is more than twice as good as a level 1, and a level 3 is twice as good as a level 2. This means that it is usually better to select one or two synergies at fill in order to get the best bonus value from your champions.

The best champions are usually the rarest

While a lot depends on your strategy and playstyle, it’s generally true that the rarer the champion, the more powerful they are. So a level 5 Mythical Champion will generally be more useful than a level 6 Common, for example. However, Mythic and Legendary Champions are generally better due to their powerful special abilities. It is therefore essential to understand how their abilities work to maximize their effectiveness in combat.

Post-battle stats reveal how each champion and legend performed during battle. These can be viewed by pressing the small green button on the battle results screen. Note that there are three tabs on the Battle Stats screen: Damage (how much damage was inflicted during the battle); Received (how much damage was received); and Healing (how much damage they healed). This screen is especially useful when you’re losing, as it helps you identify which of your champions are underperforming and which enemy champions are most effective against you.

In Mythic Legends, no artifact surpasses the others. The best choice of artifact will always depend on the situation in which it is used. For example, artifacts that give a bonus to a specific origin or class are very useful if you plan to use multiple champions from that origin or class. But if you’re the kind of player who changes champions from battle to battle, you’ll probably want to avoid artifacts that only benefit certain champions.

Also note that while higher rated artifacts are more powerful than lower rated ones, lower rated artifacts can be upgraded. Artifacts also scale similarly to Synergies, so a three-star Artifact is exponentially more powerful than a one-star Artifact. So take into account that it may be better to choose a one-star artifact and upgrade it, rather than going for all three stars every time.

Focus on beating the strongest players

In a Mythic Legends tournament, you’ll face up to seven different opponents, and it’s unlikely you’ll be able to beat them all every time. So don’t try. Instead, pay attention early on to opponents winning their matches, identify their strengths and weaknesses as best you can, and then gear all your decisions towards beating them. They’re the ones who will still be standing at the end of the tournament, after all, so they’re the ones you’ll probably have to beat consistently if you want to come out on top.

Accumulate your Prestige points every day

Mythic Legends is quite generous with the rewards it gives you just for playing; the more you play, the more free stuff you get. Tap the shield icon to the right of the “Battle” button to check your Prestige points. You get rewards – including Gems, Coins, Legends and Champions – for earning up to 100 Prestige Points each day, which usually means playing four or five tournaments, depending on your rank in each.

Prestige not only earns you daily rewards, it also advances you through Mythic Legends leagues. Tap the button in the lower right corner to check your overall progress and to see what stage rewards you have ahead. The most important stages are the new leagues, each unlocking a new arena, a new legend and a new origin, consisting of several new champions. When you first get them, these new champions will be low level and weak, and you might be tempted to just stick with your higher level champions, but don’t. Origins unlocked later in the game are usually made up of better champions, so it’s worth upgrading at least some of them and experimenting with new combinations, formations, and synergies.

You can get travel insurance without paying out of pocket