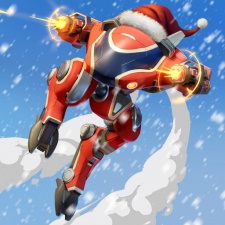 The figure was generated through a fundraising campaign in one of the studio’s newest titles, the five-on-five online multiplayer Mech Arena, which ran throughout December 2021.

During the ‘#MechsAreHere’ campaign, players were challenged to destroy mechs to win in-game prizes and exclusive merchandise, as well as raise money for charity. For every 100 million mechs destroyed in the game, Plarium pledged a $10,000 donation to AbleGamers, with a total of one billion mechs destroyed.

“The #MechsAreHere campaign has been a great success for our game, gamers, and in turn, The AbleGamers Charity,” said Plarium CEO Aviram Steinhart.

“We continue to strive to bring exciting and meaningful campaigns to our games and seek out opportunities to partner with causes that align with our values.”

AbleGamers Director of Mental Health, Roger Brooks, added: “Thanks to donations and fundraising campaigns like the one organized by Plarium and Mech Arena, we are able to continue to engage players and have a lasting impact on the lives we touch.This type of support allows us to meet people where their needs are and to continue our mission to eliminate the notion of a “one size fits all” solution.

Last month, UK-based gaming charity SpecialEffect launched a new DevKit to provide developers with an online resource to improve the accessibility of their games.