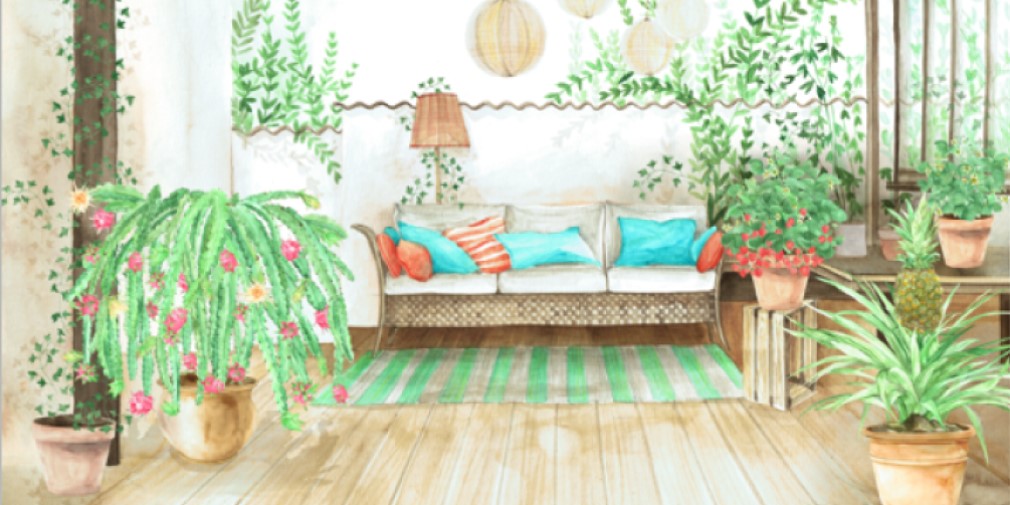 Pocket Oasis is a vaporous, ethereal experience about maintaining your perfect calming space

The last few years have, for better or worse, meant that we have seen much more of our home than before. Pocket Oasis gives you a short daily break away from your life, and it’s a break a lot of people have probably been looking for for a while.

On the Swiss Games stand at CDG 2022 there were quite a few interesting games, although mostly PC and console as you might imagine. However, a real standout was Pocket Oasis, which had an accelerated version of itself running on a standalone monitor.

The pitch was pretty simple: every day you log in and water your plants, change the room and the space around them on your digital balcony, and generally take a moment to relax. Take good care of your plants and they will thrive, nurture them and you will soon have a veritable oasis, a bastion of quiet peace that you have guided and cultivated yourself.

Personally, I like the idea of ​​this. Working from home was different for me than most because luckily I was already doing it. However, my home has changed a lot over the years, with more plants, succulents and perennials making their way into the house and garden. There’s a lot of evidence that the presence of a few plants improves mood and the environment, and I don’t think there are really many people who would even try to deny it.

But, space is limited, and I certainly don’t have a big balcony with a view of Tokyo, London, or New York, and I don’t have as much access to plants as I might like. This is where Pocket Oasis comes in. Speaking to the team behind the game, they said the idea was to have the backdrop for your balcony, the decorations that go with it, and the plant selection incredibly varied and wide – with an option to chop and change as you wish. They also said that the plant requirements were based on real data and that they plan to take into account real weather effects.

Enough about the mechanics of it all though. Pocket Oasis is captivating because it captures the ability to not only customize but also nurture. Plants grow at a slightly accelerated speed in the real world, I can’t remember how fast they said it would work in real time, it wasn’t much, but it was enough for you to produce fruit for months rather than years. It’s all in the beautiful watercolor art too, and that’s every element, from the backdrops to the individual plants. The developer also said he had other things in mind that would interconnect players, but it was too early to speculate.

As with many things we’ve seen at GDC, Pocket Oasis is quite a long way from a launch date – the trailer embedded in this article is an MVP (Minimum Viable Product), and the expected launch date is Spring/ summer next year. Hopefully we’ll learn a little more while we wait.