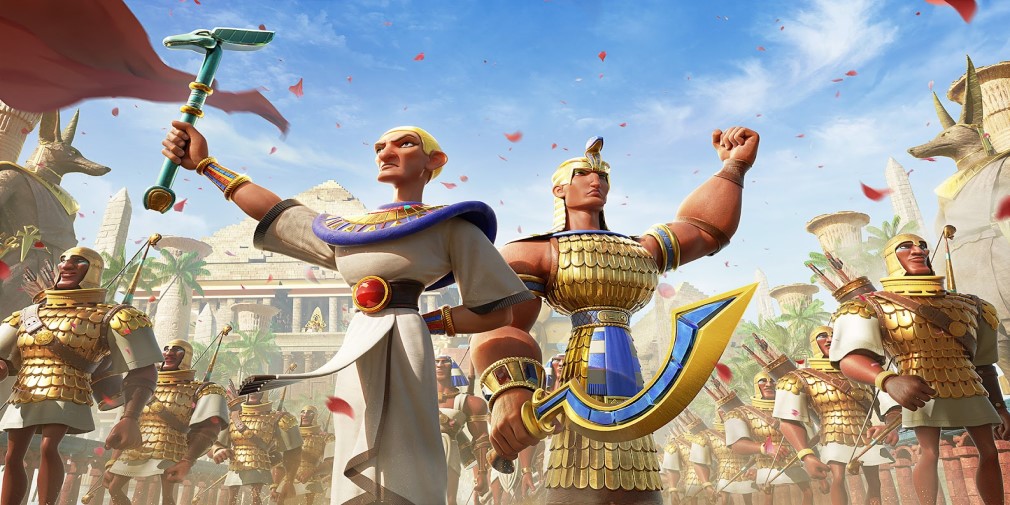 RIse of Kingdoms’ Egypt Must Rise update is live now

Rise of Kingdoms is the real-time strategy MMO from Lilith Games, and its latest update has just gone live and introduces a whole new civilization. The creators of AFK Arena and Warpath have added the ancient Egyptian civilization to Rise of Kingdoms. The update is called Egypt Must Rise and will feature a new army of Egyptians from the past who will participate in historically accurate wars that utilize both the strength and inventiveness of Egypt. Check out the Egypt Must Rise trailer below.

The Egyptian civilization has an extremely rich history full of rulers and pharaohs, some of whom will make their way into Rise of Kingdoms in the latest update. These include the architect of the pyramids and the high priest, Imhotep, and the warrior king Thutmose III, who will feature as in-game commanders. Alongside them, players will be able to experience the new civilization and help them grow and to flourish.

Ancient Egypt was ruled by Tutankhamun, Cleopatra and other pharaohs and queens whose reign lasted nearly 30 long centuries, before the ancient Macedonian king Alexander the Great conquered the Eastern Mediterranean, Egypt, the Middle East and parts of Asia. Its conquest took place in 332 BC. AD, where he took over his diverse civilization known for its power, intelligence, style, and strategic abilities.

Along with the new Egyptian civilization, the latest Rise of Kingdoms update also introduces true cross-platform for its mobile and PC users. Players will now be able to engage in skirmishes and expand their army from PCs sitting at home or from anywhere in the world via mobile. If you’re ready to take on the Egyptian civilization, download Rise of Kingdoms for free by tapping one of the links below.

While you’re at it, also check out this list of the best strategy games to play on mobile!