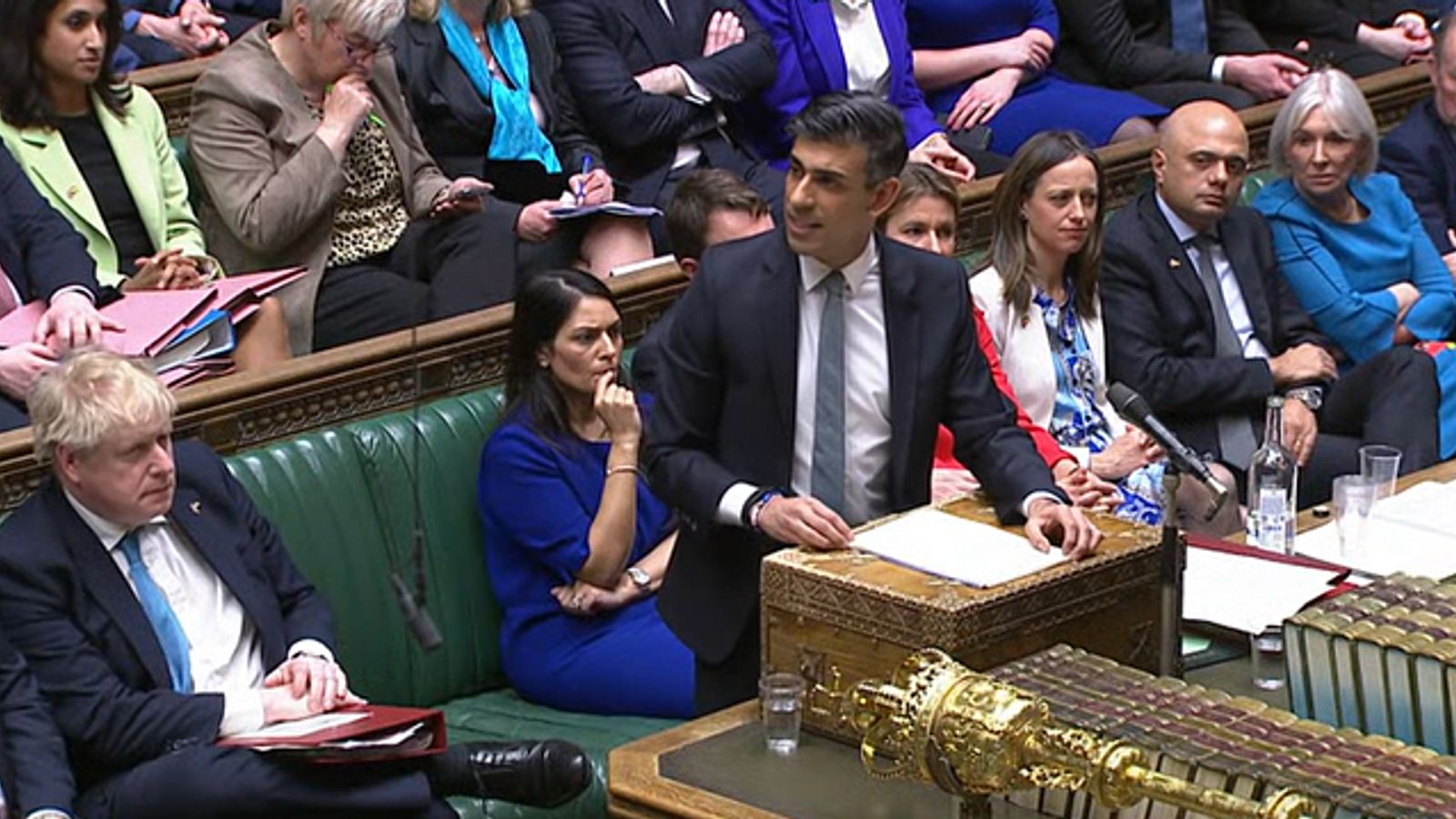 Spring statement: As Sunak opts to pocket £10billion amid the worst cost of living crisis in years, will he have to come back in the autumn with more money? | Economic news

Budgets – and let’s face it, today’s spring statement was big enough to be considered a budget – tend to follow a secular pattern.

The Chancellor reveals its measures, makes a big splash about them in the House of Commons, and then – sometimes within hours, sometimes within weeks – the reality behind those promises and claims becomes apparent. It has been so today.

Rishi Sunak has been making a lot of noise about cutting taxes.

He raised the National Insurance threshold (a move that will delight workers and economists alike, as it not only softens the impact of the upcoming rate hike, but also simplifies the tax system).

He announced a reduction in the basic rate of income tax; it won’t come into force until 2024, but such things are nonetheless totemic – especially within the Conservative Party.

He even went so far as to publish his own well-marked “tax plan” which, as far as I can tell, doesn’t contain anything not in the official Spring Statement documentation, other than Rishi Sunak’s signature. Do whatever you want with it.

But the real tax story, the one the chancellor didn’t really want to talk about, was buried deep in the Office for Budget Responsibility (OBR) documents: here you find that even after the promulgation of the “tax plan Mr Sunak said total taxes as a percentage of gross domestic product – the most comprehensive measure of the tax burden – will be at their highest level since 1949.

But one could ask a broader question: in the face of the biggest crisis in living standards in living memory, is a vague tax plan really the remedy that the British public is crying out for?

This brings us to the other contrast between the statement and the reality of today’s statement.

The Chancellor pledged to do everything possible to mitigate the impact of rising prices. He announced a fuel tax cut and this increase in national insurance thresholds, which will more than eliminate the impact of the new health and welfare tax for 70% of people.

But now look again at the OBR documents.

Here you learn that they expect the biggest drop in household disposable income in real terms since records began in the 1950s.

The OBR added that without the Chancellor’s policies today, the crisis would have been considerably worse – around a third worse – but even so, the historical perspective is worth thinking about here.

We have never experienced a recession or a modern statistical downturn like the one we are about to face. Which raises a question: why hasn’t the Chancellor done more?

While many will welcome the increase in the national insurance threshold, others point out that it will mainly help middle-income people rather than the poor.

Some will wonder why Mr Sunak has not increased benefits, given that those who receive them will face a huge squeeze on real terms.

Others will point to one of the more surprising details of the spring statement: the freebies this year and in the years to come are largely offset by a huge increase in income for students, who will have to pay much more on their loans. students, due to changes in the fine print loan earlier this year.

They will ask these questions because it is now clear from the tax arithmetic that the Chancellor had a lot more money to gamble with, but he chose to leave a good chunk of it in his pocket.

Consider the numbers for this year. Thanks to better-than-expected tax receipts, the Chancellor realized a windfall of around £20billion. But rather than spend it all on new measures, he opted to spend just £10billion (largely on lower fuel taxes and higher national insurance thresholds), but pocketed the 10 billion pounds remaining.

He will argue – as will many economists – that it makes more sense to clean up public finances and “fix the fiscal roof while the sun is shining”. Others will wonder: in the face of an all-powerful cost-of-living crisis, was this really the wisest move?

Frankly, however, this story is not over yet. Chances are the Chancellor will return later this year with more money to cushion the economic blow.