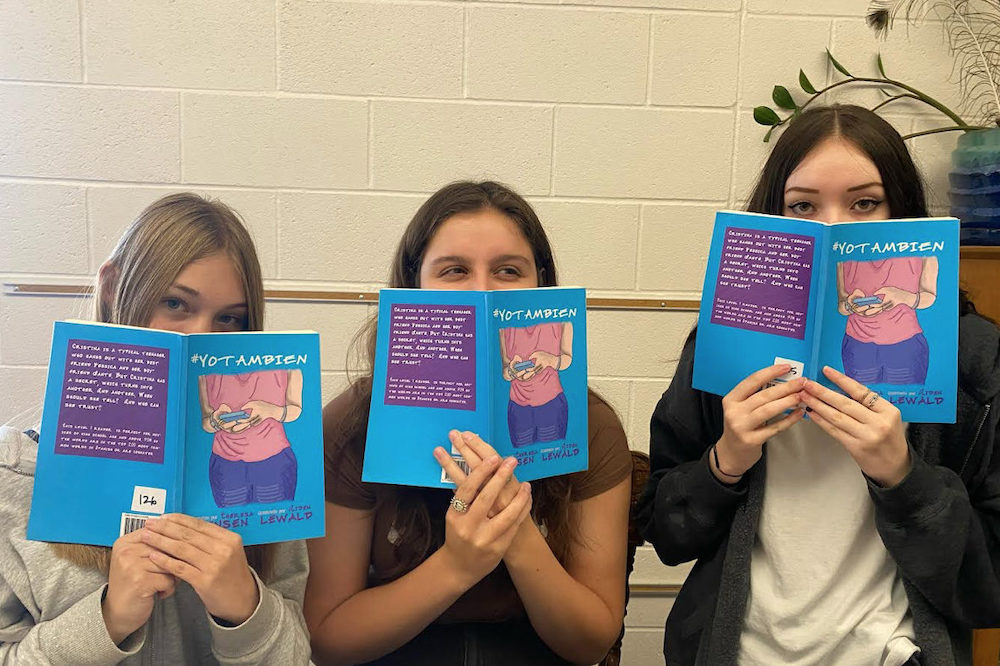 AMERICAN FALLS — American Falls teacher Hailey Lusk has spent nearly $7,000 on school supplies since 2019. The money didn’t come from her district or her own wallet, but from random donors as far afield as the Wisconsin and California.

Lusk’s fundraising represents a growing trend among Idaho teachers — using online fundraising, or crowdfunding, to get needed supplies without denting their own paychecks.

Hundreds of teachers across the state use platforms like DonorsChoose, Amazon Wish List, GoFundMe, and AdoptAClassroom.org to raise thousands of dollars for their classrooms. Crowdfunding has proven effective among teachers – they get supplies quickly, without spending their own money.

But some districts worry they won’t be able to track funding and want to prevent teachers from requesting materials the administration might be able to provide.

Lusk, a Spanish and PE teacher at American Falls High School, started crowdfunding when she heard about DonorsChoose, a teacher-founded nonprofit that connects public school educators to financial donors wishing to reduce the costs of the class. She wanted to avoid the out-of-pocket expenses of running a classroom, which can be over $1,000 a year.

Since finding the platform three years ago, she has completed nine projects, including buying supplies for a Día de los Muertos (Day of the Dead) celebration for her Spanish class, and buying rubber bands to help students relax and release energy.

This year, Lusk is looking to raise nearly $700 to buy yoga mats and blocks for her fitness and emotional health classes. Her mission is to teach her students coping and relaxation techniques to alleviate stress and anxiety.

So far, she’s received just under $500 from four donors and the Center for Disaster Philanthropy, a nonprofit dedicated to helping communities disproportionately impacted by COVID-19. The association matches each donation to the Lusk project.

At least 289 Idaho teachers are awaiting funding for their own DonorsChoose projects, totaling more than $200,000 in supplies, according to the organization.

Each DonorsChoose project includes a detailed list of supplies, chosen by the teacher. The organization purchases and ships all supplies once the goal is met. If teachers do not reach their goal within the allotted time, they can renew their project or forward their donations to another project on the site.

Donors can search for projects by subject, teacher, school, and location, and can filter results if they want to donate exclusively to low-income schools or diverse classrooms.

DonorsChoose is one of the most popular crowdfunding sites because it’s teacher-focused, but it’s not the only option.

Melissa McPherson, a teacher at Purple Sage Elementary School in Middleton, normally spends around $500 a year or more on her class. This year, she created an Amazon wishlist to cut costs after seeing other teachers benefit from the platform.

The third-grade teacher’s list included prizes for her students and items she would normally have borrowed from other teachers. She wanted to focus on supplies that she could reuse over the years.

Although Wish List isn’t focused on education, McPherson says it’s more fluid than other platforms. She can add supplies as she thinks and receive items as they are donated and delivered.

Many educators post their wish lists on social media with #CleartheList, and donors can search the hashtag and donate what they can. The move is known as the Clear List campaign. Businesses (including Amazon), nonprofits, and celebrities are often among the highest-paying donors.

The Middleton School Board passed a rule in 2018 requiring teachers to get approval from their principal before crowdfunding, according an Idaho news article. The policy largely focused on DonorsChoose, which many Middleton teachers were using at the time.

But educators didn’t entirely agree. Some worried that the regulations would deter teachers from using the platform. McPherson said district politics is part of the reason she avoids DonorsChoose.

“The intent of adding such a policy was to ensure that the district and the school have the ability to financially support the needs of teachers to the best of their abilities,” said Middleton Superintendent Marc Gee, who does not was not superintendent at the time the policy was enacted. “Even with best efforts, there are some things we don’t provide, and in those cases, teachers can seek out crowdfunding and grants.”

Other districts across the country have restricted DonorsChoose, with some going so far as to ban the platform.

Teachers can also apply for grants, but these tend to be more complicated.

While applying for a grant can take months, creating a DonorsChoose project or Amazon wishlist takes minutes. Depending on the scope of a teacher, projects can be completed in days. The accelerated process attracts teachers who are often already working overtime.

There is no statewide rule stipulating what supplies districts must provide. Local educational associations may negotiate school policies to ensure certain items are available, but these requirements vary from district to district.

Even in districts that provide the basics — desks, pencils, books — teachers like Lusk and McPherson know it takes more to create a positive learning environment.

Both say the classroom decorations, prizes, alternative seating options and special projects help their students succeed. Many educators also purchase basic supplies for students whose families are unable to purchase everything on a supply list.

“(American Falls has) a pretty needy population,” Lusk said. “Because of this, our school is…a refuge for some children. The more we can offer to make our school a welcoming place for our students, the stronger the association they will have with education and with the desire to learn and be comfortable.

Classroom budgets and reimbursement limits rarely cover the costs of these supplies, leaving teachers to pay the rest out of pocket.

Lusk and McPherson agreed that without crowdfunding they would be spending a lot more of their own money. As teachers, they learned to be creative and dispense with certain elements, but in the end, their students come first.

“From the bottom of my heart, I am grateful for these (donors),” Lusk said. “Some of them I don’t even know and yet they would be willing to donate their money and paychecks to support my efforts for my students in my classroom…the most important thing is just to say thank you. “