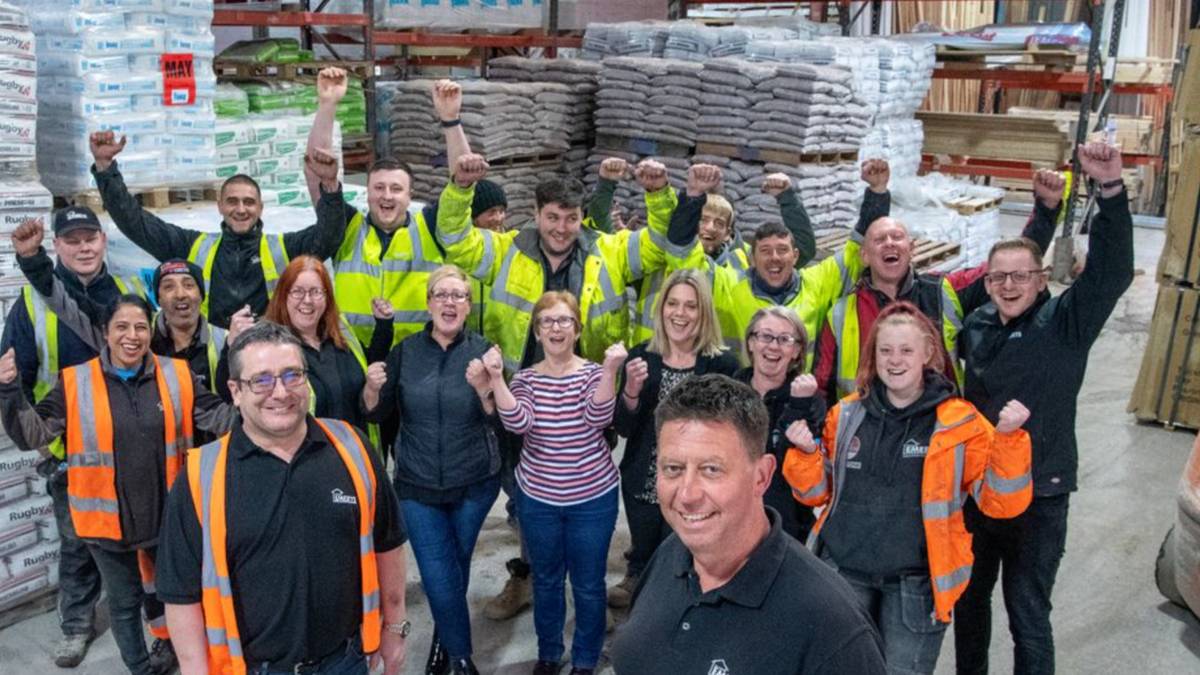 James Hipkins, managing director of Emerys Timber and Builders Merchants, took £45,000 out of his own pocket because he knows ‘everyone is hurting’.

The biggest rise in home energy bills in living memory came into effect last Friday (April 1), with many families facing further financial hardship across the UK.

The 51-year-old wanted to ‘share’ because his business was doing so well.

The father-of-three told The Sun: “With everyone struggling, we just thought we wanted to share some of that good fortune with the staff.

“They weren’t expecting it and they were thrilled.

“I think they’ve found it to be a big help when it’s all a bit dark. If you believe in your people, give back to them when you’re well.

“You can’t just think ‘aren’t we good’ when someone is going through a tough time.

“I think that should be an infectious philosophy. And I hope you show loyalty to it.”

The manager has an open-door policy and believes the “slow staff turnover” is because he ultimately aims to respect those who work for him.

He explained: “It’s nice that we can see that we’re doing well as a company and it’s nice to feel that it’s shared with the people who make it successful.

“We’re only as good as our people – they’re the ones who drive the numbers and make us profitable.”

The director added: “Being a good boss is about getting good numbers and good results, but it’s also about providing good opportunities and a good environment. You spend a lot of time at work and if you can enjoy it, that’s even better.”

He is not the only boss to have decided to help his employees.

Anderson, who manages Joseph Parr, a Portrack-based builder’s merchant, also gave the money to young apprentices who still live at home to give to their parents.

And his generosity doesn’t stop there, as he also announced a pay rise due to excessive inflation in January, saying he had been spurred on by news of rising gasoline prices and energy in the UK.

“We looked at that in November/December when we were looking at pay rises and thought we had to give people a decent raise this year because of inflation.

“Looking at how things are, I thought it was a good idea to give them a little boost.”