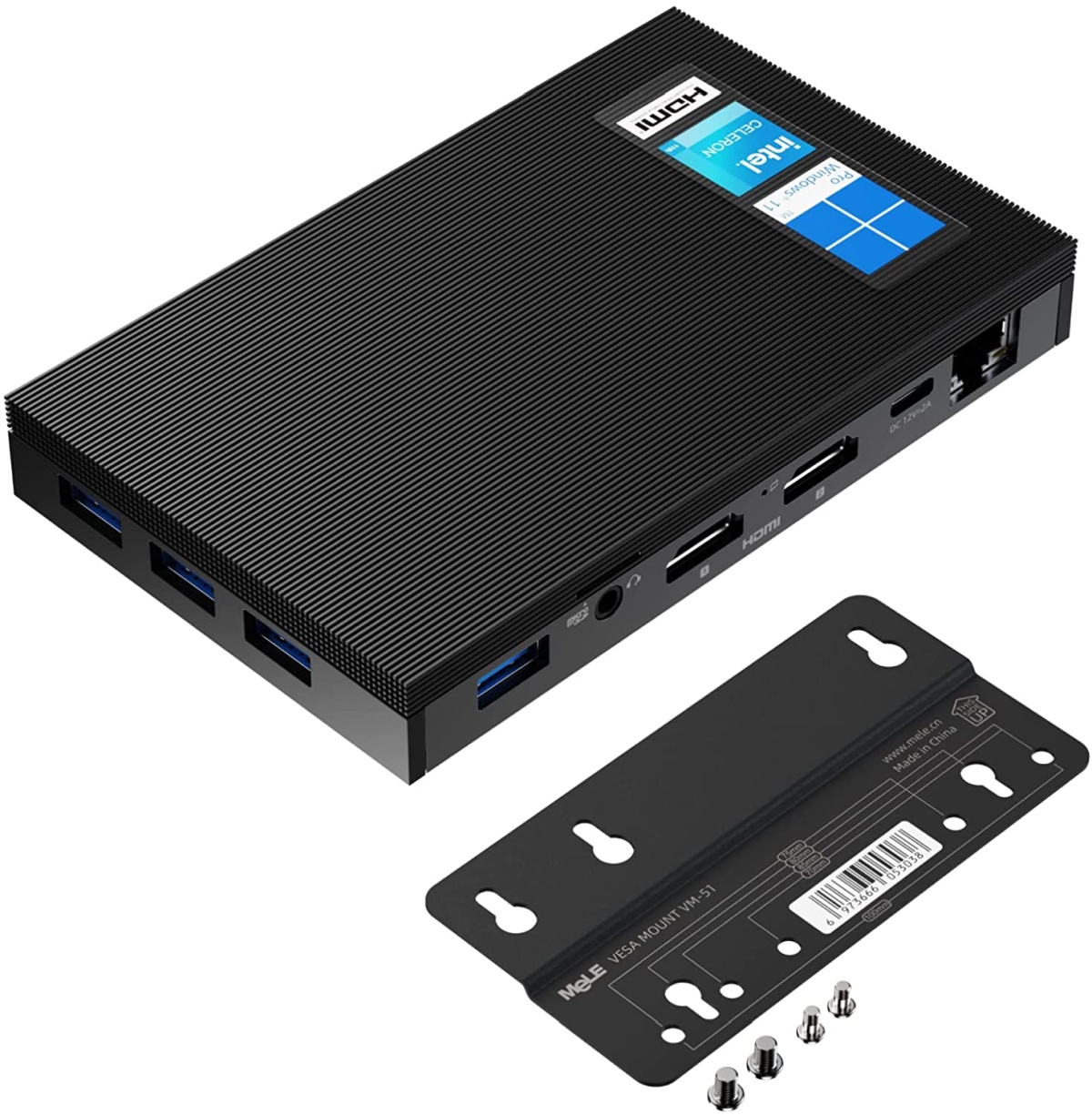 The Mele Quieter3Q is a small, fanless computer that measures just 5.2″ x 3.2″ x 0.7″, making it about the size of a (very thick) smartphone. But it’s a full-fledged desktop computer with full-size HDMI, Ethernet and USB ports and a 10-watt Intel Celeron N5105 quad-core processor and support for running Windows or Linux.

And if the little computer looks familiar, that’s because it’s nearly identical to last year’s Mele Quieter2. The biggest difference is that this year’s model has a processor based on Intel’s Jasper Lake architecture rather than the older, less capable Gemini Lake Refresh architecture.

Mele has yet to officially introduce the new model, and it is not listed in the company’s AliExpress store), two ads for the computer recently appeared on Amazon:

I don’t see prices for these models at this time, but FanlessTech reports that the 128GB version should sell for $280, while the 256GB version will cost $300.

Both versions feature two HDMI 2.0 ports, a Gigabit Ethernet port, four USB 3.0 Type-A ports, a headphone jack, and a USB Type-C port (which appears to be used for power only). 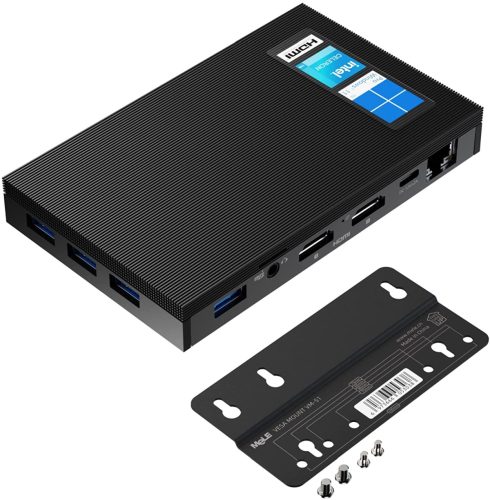 The computer has eMMC storage and a microSD card reader, but there’s also an M.2 2280 slot under the hood that can be used to add PCIe NVMe storage. Wireless capabilities include WiFi 6 and Bluetooth 5.2. And the small computer can be attached to the back of the screen with a VESA mount.

The Mele Quieter3Q comes with Windows 10 pre-installed, but Mele says it also supports Windows 11 or Linux.

Since the computer is passively cooled and has no moving parts, it shouldn’t generate any noise. But some users have expressed concerns about the performance of the previous generation model, as it can generate more heat under heavy load than the chassis can effectively dissipate without a fan. With the new Quieter3Q with an identical design, it remains to be seen whether switching to a new processor will be enough to mitigate the risk of overheating.

Xbox in Your Pocket – Review Geek