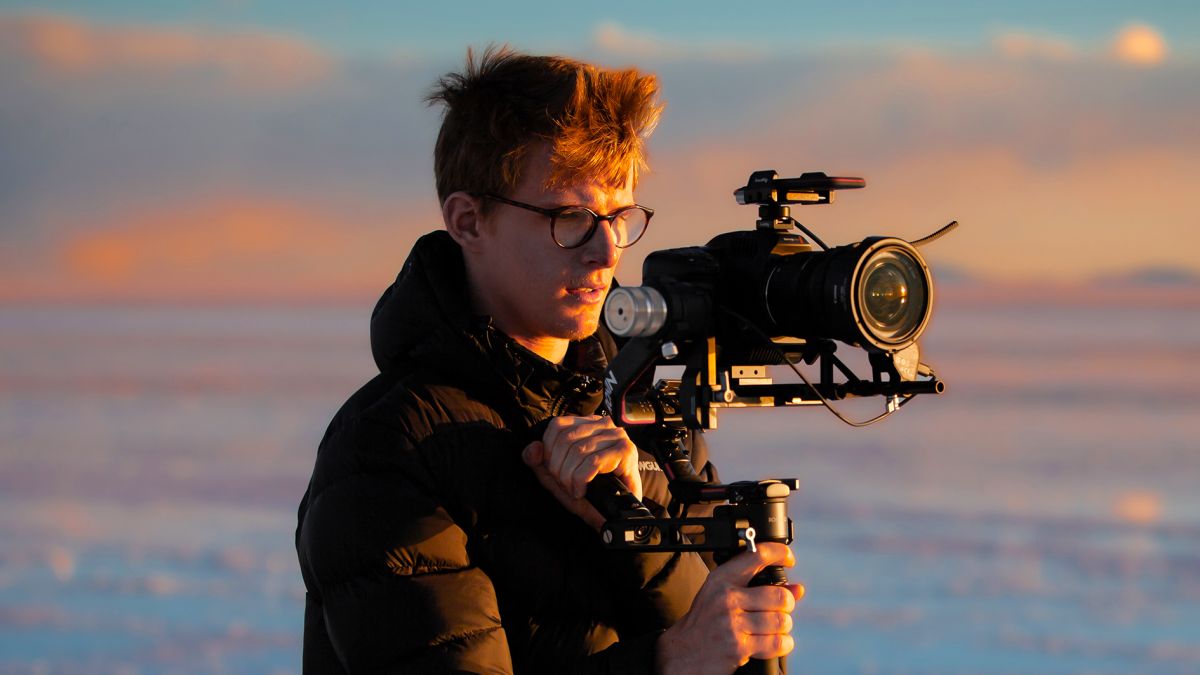 A new documentary filmed in South America follows the epic journey of a cyclist Kate Leeming (opens in a new tab) as she travels through the world’s driest non-polar desert. Filmed by up-and-coming filmmaker Tobias Nash in partnership with UCL, the documentary will uncover the cultures, stories and incredible connections that Andeans have with nature, while examining the biases we have towards non-environmental actions.

Tobias Nash is a photographer and videographer who hopes to answer existential questions and solve global problems. Tobias is sponsored by DJI, Blackmagic and Thule and hopes to use his research on human psychology to take advantage of neurological biases through legislation that will help bring humanity into harmony with nature’s circular economy. inhabitant is his first feature-length documentary, made with long-distance cyclist Kate Leeming.
www.tobiasnash.com (opens in a new tab)

Tobias Nash filmed the documentary (working title inhabitant) entirely on a Blackmagic 6K Pocket Cinema Camera 6K Pro (opens in a new tab). His choice of equipment comes down to portability, video quality and his ability to film discreetly. Considering this to be his first feature-length documentary, Tobias struggled with harsh environments including dusty deserts, dangerous favelas, and snow-capped mountains.

In addition to the Blackmagic PCC6K, Tobias used a DJI RS 2 gimbal for stability, which is essential when shooting behind a moving vehicle. The Canon EF 16-35mm f/2.8L III USM lens is incredibly versatile and with a slight crop factor on the PCC6K he was able to shoot breathtaking landscapes with a wild field of view and feels he has shot about 90% of the documentary with. . For portraits, time-lapses, and getting details from a distance like birds, Tobias opted for the Canon EF 70-200mm f/2.8L III IS USM because it has shallow depth of field and back-end compression. aesthetic level.

Tobias’ entry into the world of film began on the other side of the camera at London’s Sylvia Young Theater School, as he tells Digital Camera World. “From acting in front of the camera, I watched the film crew at work and became fascinated with the craft behind the cinema. I bought a small mirrorless LUMIX G7 when I was 14 and I started shooting short videos with what I had observed on set and learned from hundreds of YouTube videos. Then I started shooting weddings and events. Now, six years later, I realize my first feature documentary.

As a sustainability advocate and student of human psychology, Tobias heard about Kate through the sustainability department at Dulwich College International, where she held lectures. Having already planned to make a documentary based on how people can turn their prejudices towards more environmental actions, Tobias contacted the only hotel in Antarctica called white desert (opens in a new tab) who told him that Kate had also been in touch.

“I contacted Kate and suggested we combine our projects. She thought I had a really interesting perspective on sustainability. So we agreed that I would help film her TV series trying to become the first person to cross Antarctica by bicycle, and I could simultaneously produce the documentary I had planned.

Six months after their first meeting, Kate and Tobias were in the Andes, ready to begin filming. As they were shooting in very rugged environments, there were several challenges to overcome, such as keeping the equipment clean and in good condition, which is easier said than done when shooting in dusty desserts and you walk through dirt, shale and snow with the potential to deposit its material.

“To make sure the kit doesn’t get scratched, it helps to keep the lens hoods in place so they take the hits rather than the lenses. Another consideration was to have all the attachments really well attached. On the undulating dirt roads, things like the cold shoe SSD bracket often loosened and sometimes fell off. Carrying more than 10 kg of equipment over 6000 m mountains was a good challenge. However, due to its portability, the 6K Pro outperforms all other cinema cameras in these situations.

One of the most dangerous environments Tobias and Kate encountered along the way was the Atacama Desert where the world dumps its textile waste. Surrounded by dangerous and poor favelas, Tobias remembers the advice he received to shoot there.

“Talking to the Chileans in Santiago, they thought we were crazy to go there and our contacts near Alto Hospicio strongly encouraged us not to go. That week someone had been shot and recently an Italian filmmaker had all his equipment stolen, which didn’t make me feel comfortable.

Luckily for Tobias, the Blackmagic PCC6K has built-in ND filters, meaning he can quickly adjust settings like exposure, and the ergonomically positioned front dial means he can minimize time outdoors. of the vehicle.

But those aren’t the only benefits of filming with the Blackmagic PCC6K. Its 6K resolution means images will look high quality for years to come, it has a large screen which allowed Tobias to compose shots well, a high frame rate button which means he could Quickly switch to slow motion and focus assist, which meant it was easy to focus effectively, especially in busy environments.

He also had to be very observant of the indigenous people he was filming, not wanting to get too involved in their daily lives, the PCC6K’s compact size allowed him to nestle into the background allowing him to capture expressions and more natural interactions. .

Another challenge Tobias had to overcome was making sure the footage he captured of Kate riding a bike was steady, properly composed, and free of reflections and glare when shooting through the windshield.

One of the main challenges Tobias had to overcome was shooting Kate on a bike from the support vehicle. From experimenting with hanging out of the passenger window with the RS2 to shooting through the windshield, he discovered a new shooting angle for creating stable, well-composed shots.

“I tried to take photos from the tailgate to get some tracking shots as well as Kate speaking into the camera. It was definitely not the safest place to accelerate quickly to 80mph to get ahead of Kate, but it was a wide angle. Focusing and framing is a big challenge because your subject is constantly moving. The speed of the cyclist is constantly changing as they get tired or the slope of the road changes. When filming from the tailgate I was both directing Kate and calling the gear changes to our driver to try to maintain a consistent distance from her Due to all this movement, especially over rough terrain, my RS2, with its stabilization and its focus puller, was essential.

With his background in human psychology as well as a keen eye for photography and videography, Tobias hoped the documentary would give viewers a better understanding of how we make decisions, why our brains skew us towards non-environmental behavior and how we can use this knowledge. to skew us both individually and collectively towards more environmental attitudes.

“I have found this information to be very helpful in reflecting on my own actions and choosing more environmental actions. I believe that equipping individuals, business owners and government ministers with these tools from behavioral psychology will help us to live more in harmony with nature.

As the Andes project nears completion, Tobias reflects on some of the filmmakers and creatives who set him on this path. Among them are Graham Linehan and Dome Karukoski with whom he had the pleasure of working as an actor.

Roger Deakins and Edgar Wright were also influential in Tobias’ cinema. Deakin’s ability to captivate an audience and Wright’s intricate cutting and use of music to drive scenes forward. While YouTubers Peter McKinnon and Casey Neistat taught him about unusual perspectives, creative shots, and the technical side of all things camera.

“In total, planning for this project took about six months and looking back, there’s little Tobias would change in terms of the kit he used and how he went about it.” For this specific shoot with a small crew and challenging environments, I think the setup I had was pretty close to perfect. A portable but powerful camera, great lenses, a handheld gimbal, wireless mics and a drone were all I needed.

This exciting and challenging documentary is now in its final stage of editing and Tobias chose to use DaVinci Resolve as his primary editing software because of the linear logic of the editing tabs, its ability to colorize native Blackmagic footage and its potential to make the most of his images.

The documentary titled inhabitant is set to release in early 2023, possibly in conjunction with World Recycling Day on March 18, but that is yet to be confirmed.